I am reviewing the drill to strengthen my logical thinking. As a beginner, I would appreciate it if you could let me know if you have any questions. Also this time, I will explain in the order of my thoughts. Please note that this is a way of thinking that novice scholars cannot get a bird's-eye view of, and it is highly possible that it is different from the original way of thinking.

Write a program that adds the numbers from 1 to 10 in order and outputs the result of adding all at the end to the terminal. Condition: Always use the times statement 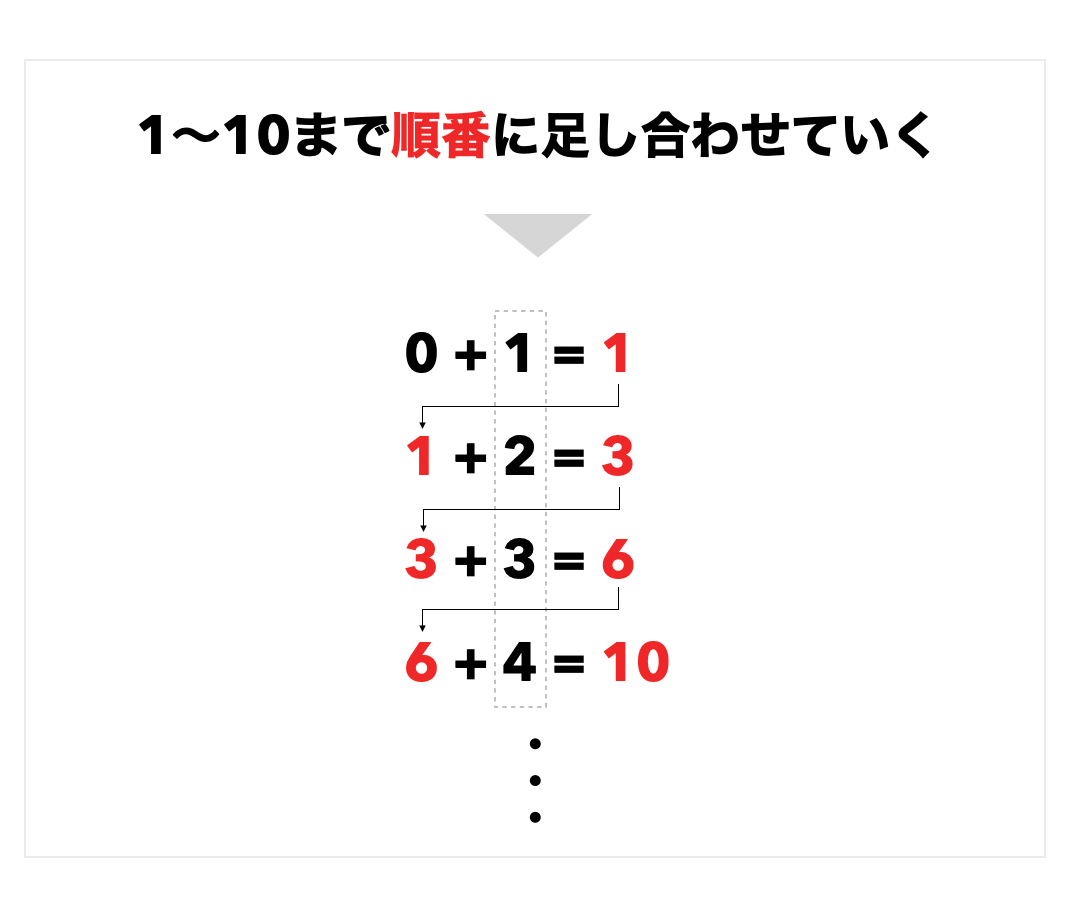 This time we will consider in 4 STEP.

(1) First, we want to iterate 10 times, so use times as per the conditions. In the times statement, the number of repetitions is automatically assigned as a numerical value in the variable i, so You can use the variable i to add the number of iterations to the variable. (Any variable in the pipe is OK) However, the value of i for the first time is 0.

Can be thought of as. Let's give the result a variable called sum. It doesn't have to be sum. I feel like this.

The numeric part defined i in the times statement. Furthermore, using the self-assignment operator, it can be expressed as follows.

③ Define sum. At this rate, I get angry with "What is sum!"

Let's define it outside the times statement. If you write it inside, it will be added to 0 every time. (The final result will be 10)

④ Finally, it is necessary to output to the terminal.

is not it. What happens in this case with irb? I think it is very easy to understand if you experiment with.