Java (super beginner edition) that can be understood in 180 seconds

This is an article that tells in 180 seconds a 90-minute class that you might learn in high school or vocational school for those who just bought a computer and do not know Java even a millimeter. Read more articles written by other great people.

This article can be read in 170 seconds.

I have roughly classified the word Java that is muttered around me into three categories.

--Programming language It is a word for developing various applications (software running on a personal computer, etc.). The word "Java language" is transmitted without any misunderstanding. In order to develop, you need a group of tools for developers called "JDK: Java Development Kit". You can get it for free. You don't need a JDK if you just want to use the application.

--The application itself An application written in the Java language. The word "Java app" is transmitted without any misunderstanding. If it is Minecraft, it is the game itself of Minecraft. It is called Micra Java version or PC version. By the way, I call it the Java version because the expression PC version is ambiguous.

--Where to run the application A dedicated place to run apps written in the Java language. "Java execution environment", "Java runtime", "JRE", etc. are transmitted without any misunderstanding. Actually, the Java version of Minecraft comes with a JRE as shown in the image below, so you can play without worrying about the JRE. In the case of other applications, you may be asked "Prepare the JRE" in the first place.

Java applications run on this JVM, and programmers can now always create applications of the same shape without being aware of the shape of Sneo's head, so it doesn't matter on Windows or Mac. You can now develop and distribute your application to Java.

When you start the Java version of Minecraft, you can see that Minecraft is running in Java as shown in the image above. Google Chrome works as Google Chrome as it is. The idea of a translator, a virtual machine, is now a very common IT term, and we've come to hear the word virtualization in many places. Not limited to PCs, DVD drive virtualization, server virtualization, network virtualization, data center virtualization, etc. The basis of this idea is to use it as if there is XX from the user's point of view (it can be used without being aware of the type, shape and address of the hardware).

Java has its bad points and its good points.

――Good point As mentioned above, you can run the same application in different environments. Also, since the JVM itself is software, you can insert multiple JVMs and use them properly. You can use the one that originally came with the Java version of Minecraft, or you can use the latest version of Java that you put in yourself. 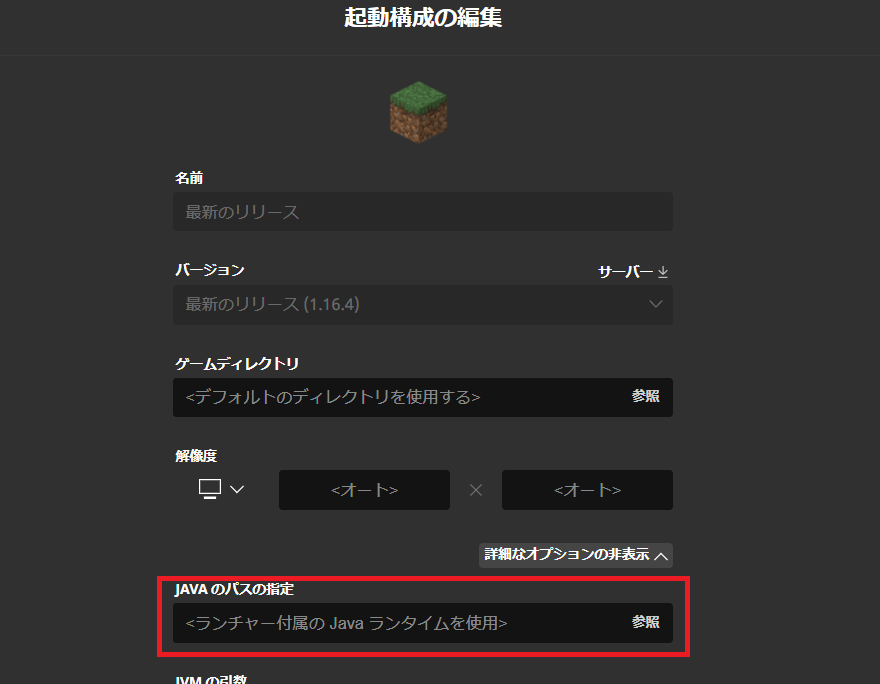 Also, even if the version of Windows or Mac changes, as long as the version of the JVM running the Java application does not change, you can (and should be) able to play Minecraft today even after 50 years. You can freeze the environment in which the application runs and carry it to another location for decades.

I took 210 seconds to read this article.