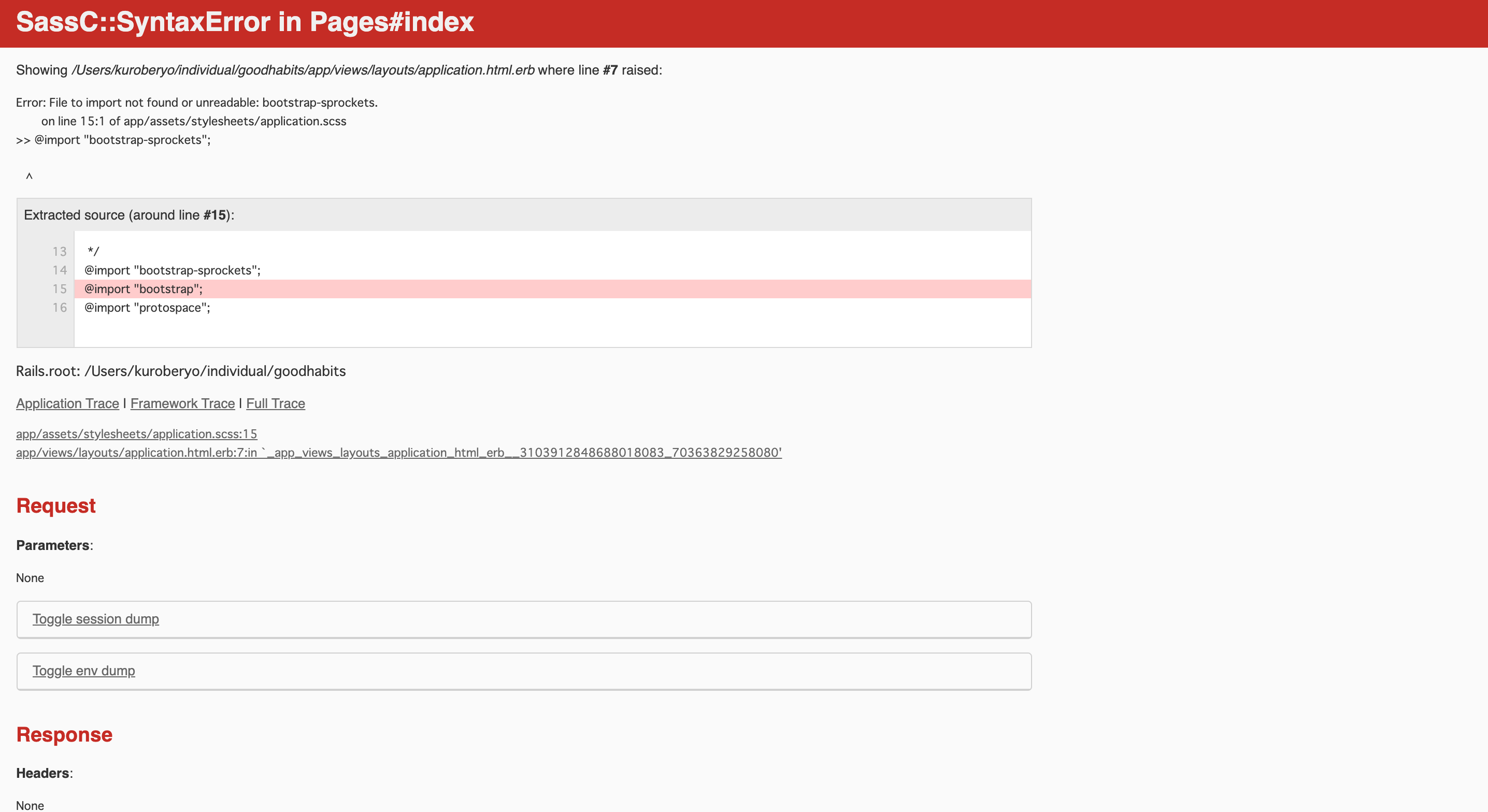 Hypothesis and what we tried

Translating the explanation of the error statement

Becomes It is hypothesized that sprockets do not exist, although import is written.

Many sites that appear when searching with error sentences are said to be because rails s was not used, but in my case I restart with rails s but it has no effect. Reference site

I was able to solve it by messing with application.scss

Apparently it was because I was accidentally importing protospace when I was browsing some sites to solve it. Therefore, the solution was to write rails s shortage and wrong import.