I’m Keita, a new java programmer. I have a question about setting up gradle in a mac environment.

I used to use maven as a build tool for eclipse, but at the next site I will use gradle, so I am building the environment of gradle, but I am terrified.

As a premise, ・Gradle downloaded ・Egradle ide installed is.

After that, when I specified the project root in a java project and checked with the verification tool of eclipse whether the setup of egradle was completed, it failed like the first photo below.

I am investigating what is the cause, but as a possible cause, ・Mac environment variables are not set properly ・Other I think it’s kana.

For the procedure of environment variable setting, in the terminal,

Command, I set the path where the gradle is placed in the path variable ULB as shown in the second picture. Is there a problem with this procedure? I think. Or is there a cause elsewhere?

If you are familiar with build tools or have configured gradle environment on mac, I would appreciate it if you could teach me. Thank you. 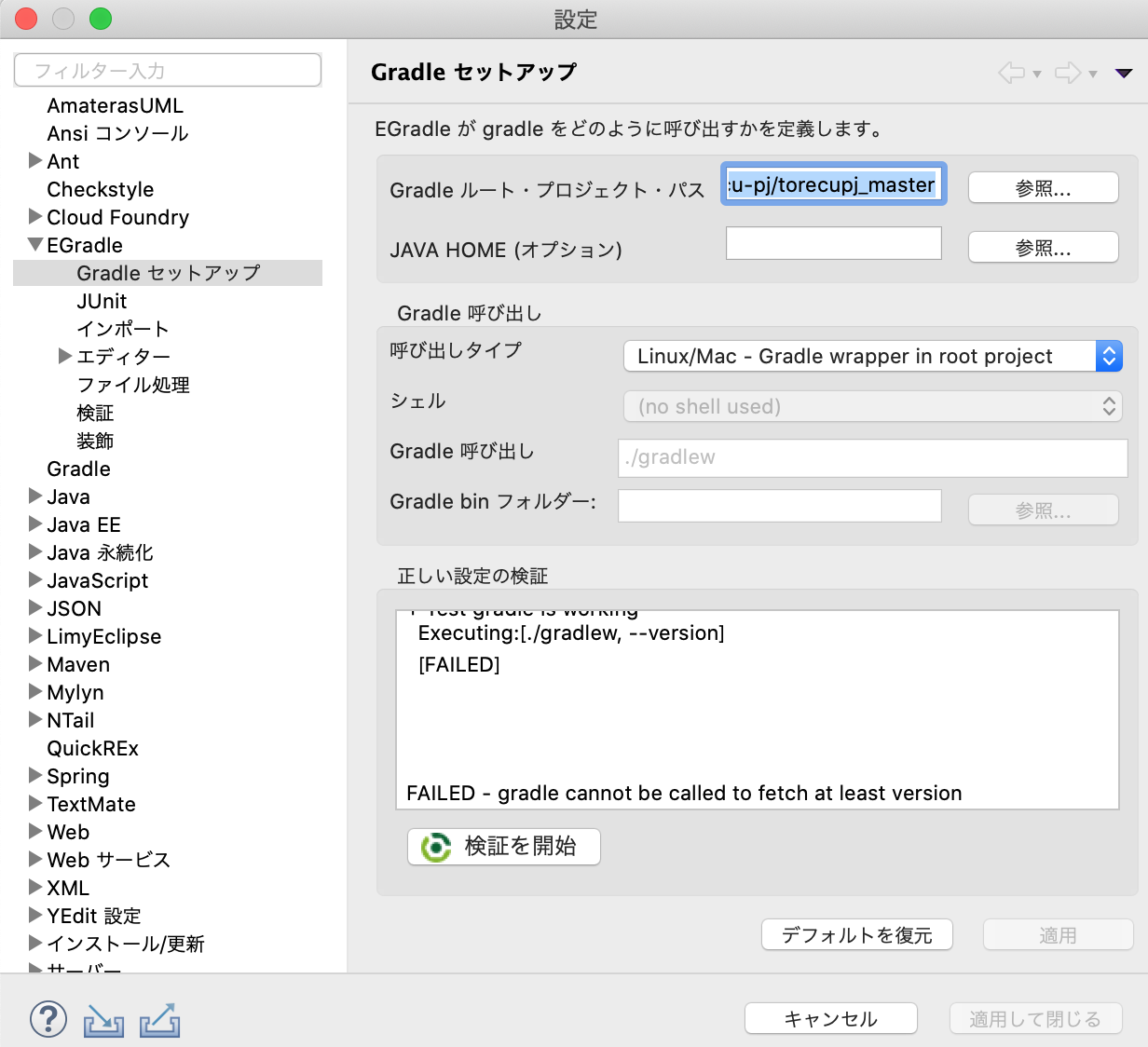