Can’t open a file on a memory loading machine due to an out of memory error? ? ? ?

A sequencer is called a massen that reads a nucleic acid sequence such as DNA or RNA. Among them, the Sanger Sequences that have been put into practical use over 10 years ago The sequencer that can read a large amount of sequences that could not be realized at once is called the next-generation sequencer, NGS. There is a time when I will be doing the next generation, but for the time being I call it NGS.

Then, the various sequence information exhaled by NGS is processed by Areya Coreya, For example, it becomes a list of mutations, or a list of gene products, for example.

An intermediate file that often appears in this is bam. This is after adding position information to various sequence information with an appropriate algorithm, It is a binary version to improve the way of reading. For more information, read this area. http://array.cell-innovator.com/?p=3014

Then, for this region of a specific gene, the alignment, that is, the positional information given to each read, When you want to check visually, you need a viewer for it, The representative is igv. The development is familiar God Buddha Broad.

So, if you just look at the location information of a gene on the genome, it doesn’t consume much memory, For example, if you try to open a huge Bam that exceeds several tens of gigabytes (at this level when it comes to whole exons and whole genomes), it suddenly drops due to lack of memory. I think I should throw out an error message at least, but it suddenly drops. Then, igv is moving in java, so if there is enough physical memory, it will be manageable by specifying the startup option.

The igv startup icon is a shortcut to the bat file, so you can reach the bat file from here. By changing the start option of java, it is possible to deal with the memory shortage problem. 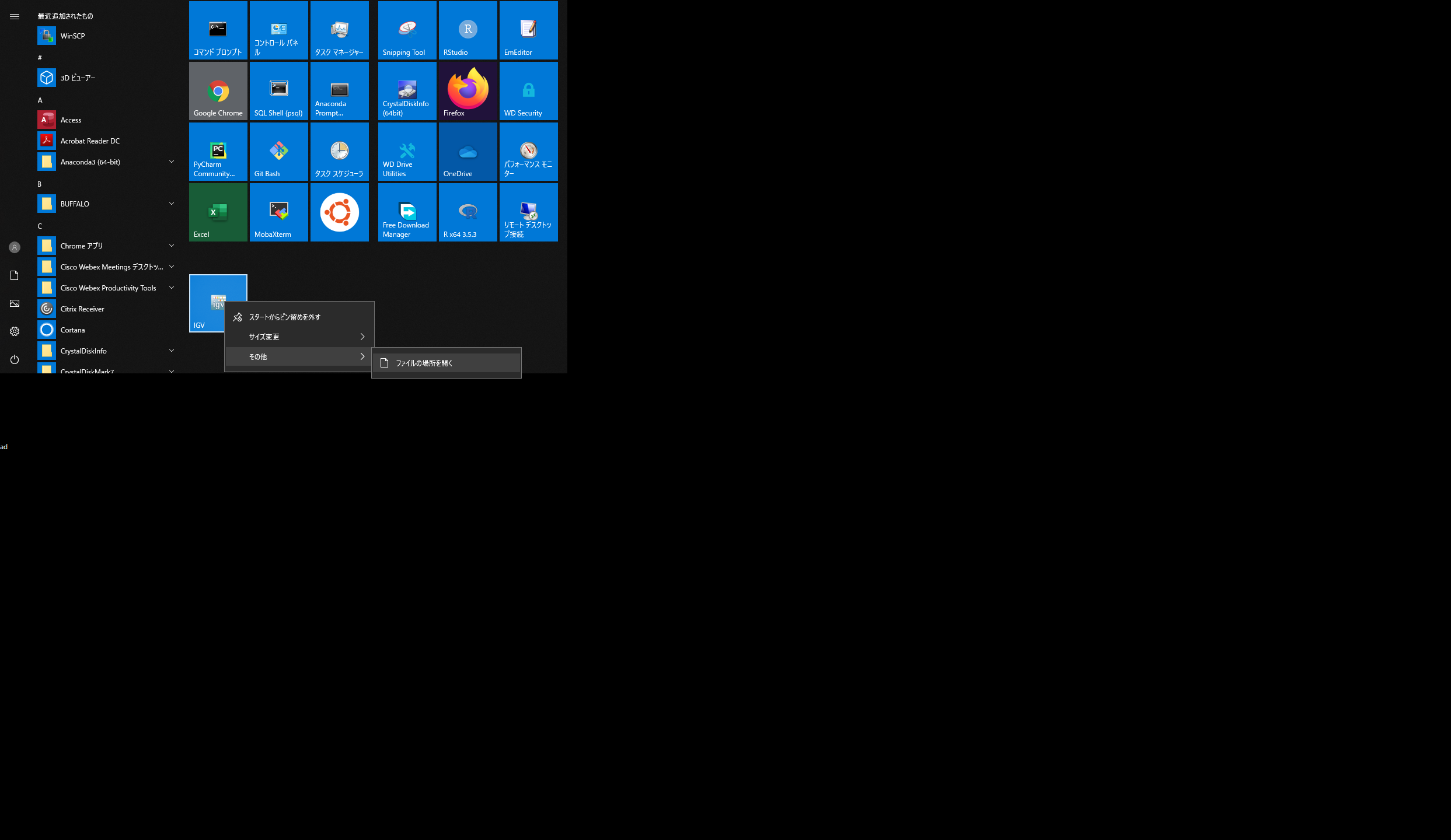 The startup icon folder is opened. Right-click the icon → Properties 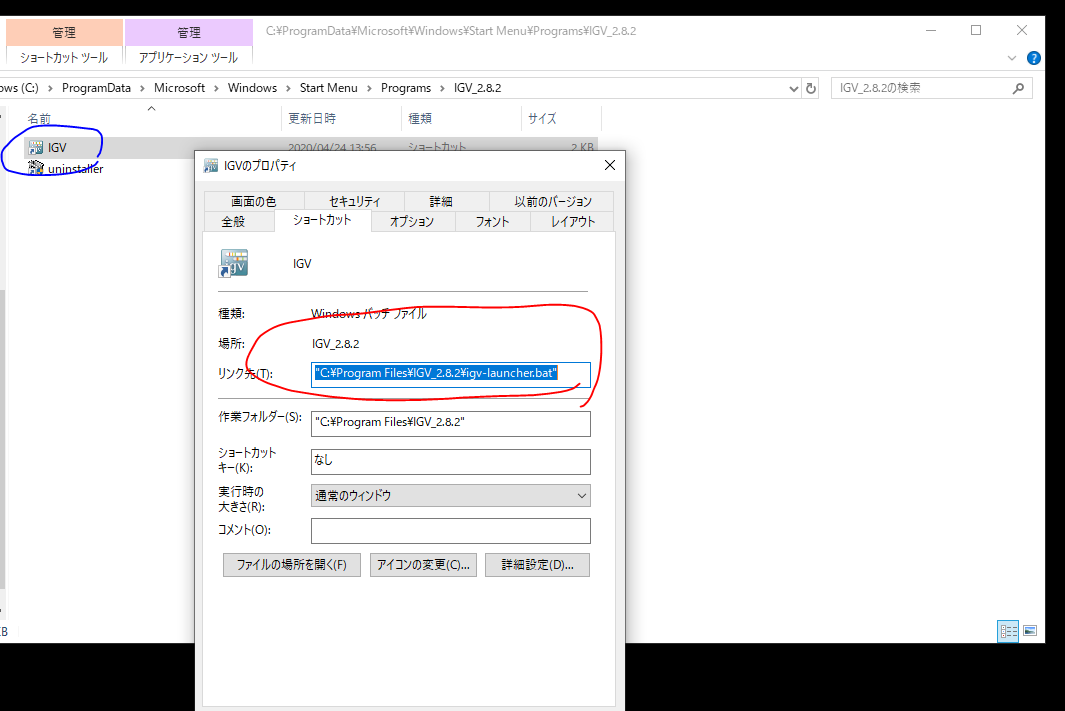 The location of the favorite bat file is described. In case of wai

was. The version may be a little different, but I think the others are roughly the same. If you open the file with a suitable text editor, the following description will appear. Of these, the red square below is the maximum memory option.

It is only a matter of setting. If you’re really running out of memory, this won’t help. Let’s add memory or use a machine with a lot of loads.