It is a continuation of the previous MVC model description.

The article is divided into three parts. 1. MVC model description 2. From introduction of STS to Japanese localization by Pleiades ← now here 3. From project creation to checking the page on the local host

This time from the introduction of STS to Japanese localization by Pleiades.

STS is for using Spring, which is one of the Java frameworks. I chose Eclipse from several integrated development environments (IDE) to introduce the STS. An IDE provides the functionality to write, compile and debug code. Besides Eclipse, it can be installed in IDEs such as VS Code and Theia. Thymeleaf is an HTML template engine. 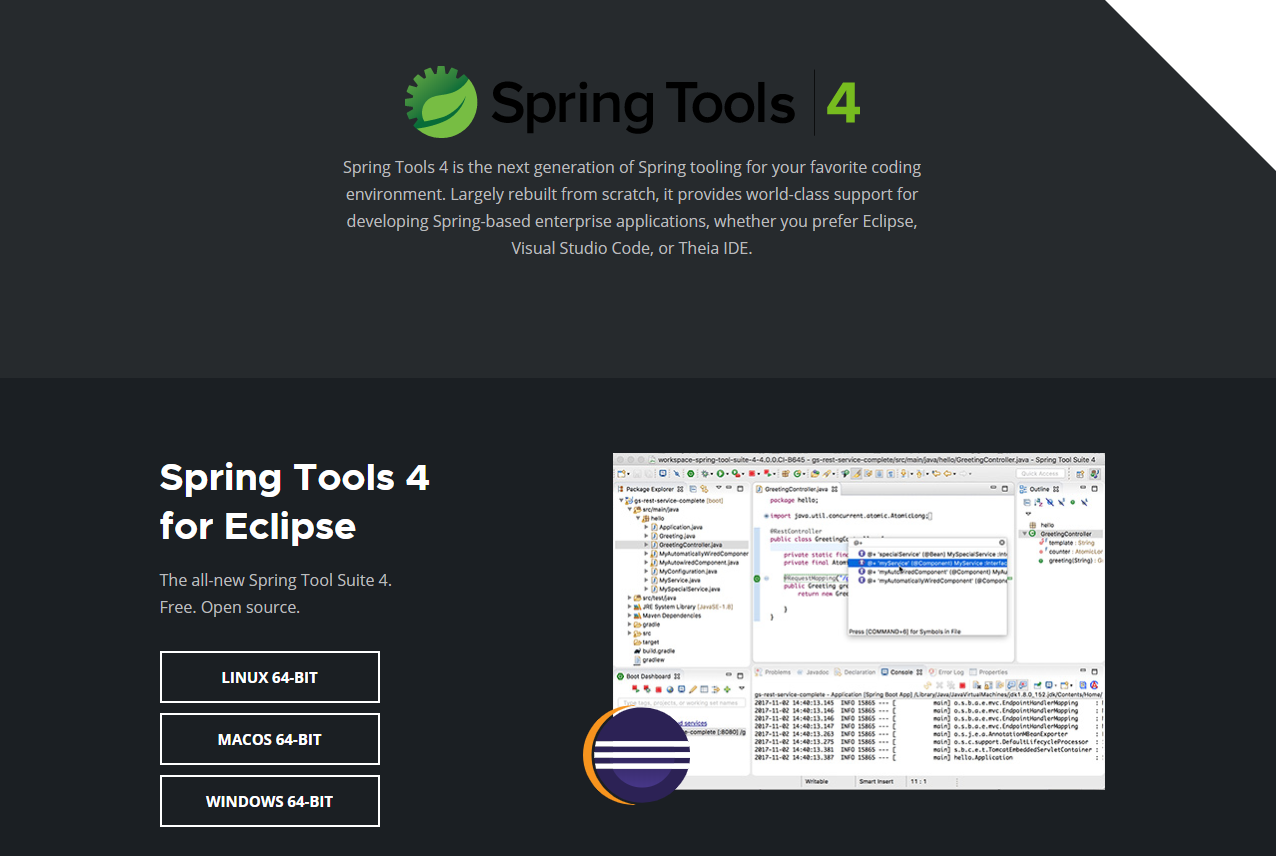 Unless otherwise specified, the download destination should be your own download folder. There is a jar file starting with the name “spring-too-suite-4”, so execute it.

If this window appears near the upper left of the PC screen, the installation is proceeding normally.

I think that the STS folder is created when the installation is completed. This time I put it in the download folder as it is, but you can move it to another folder. 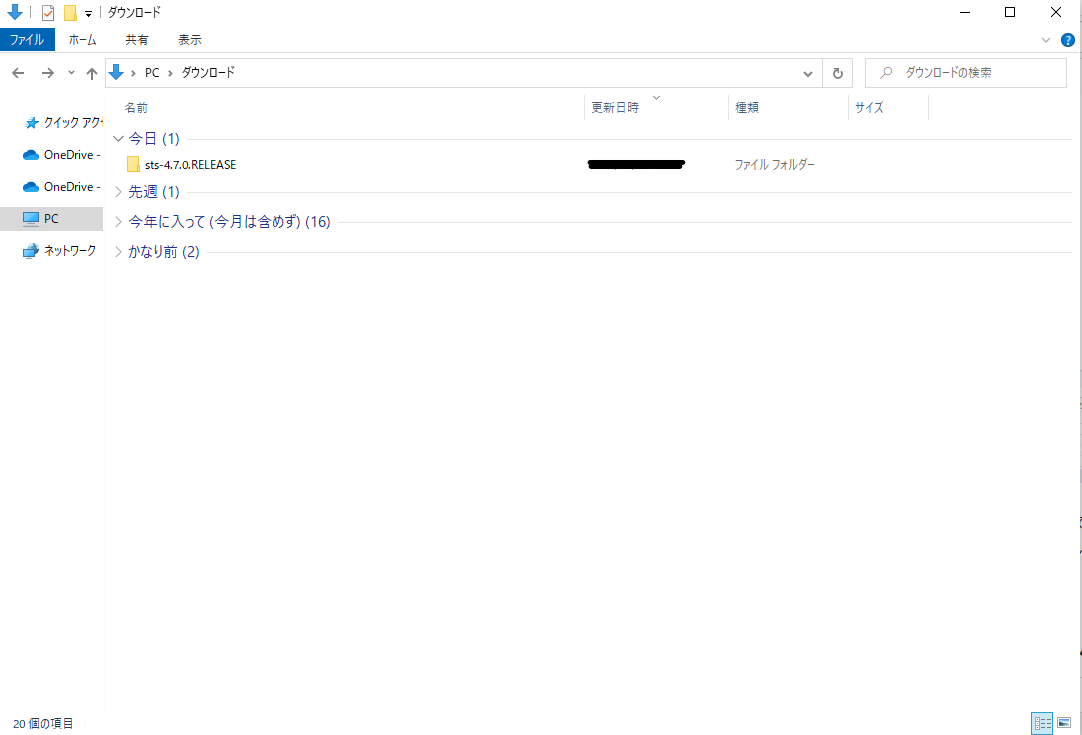 There are some files in the folder. Among them, the main body is the .exe file that displays the STS logo. You can start STS from this file. 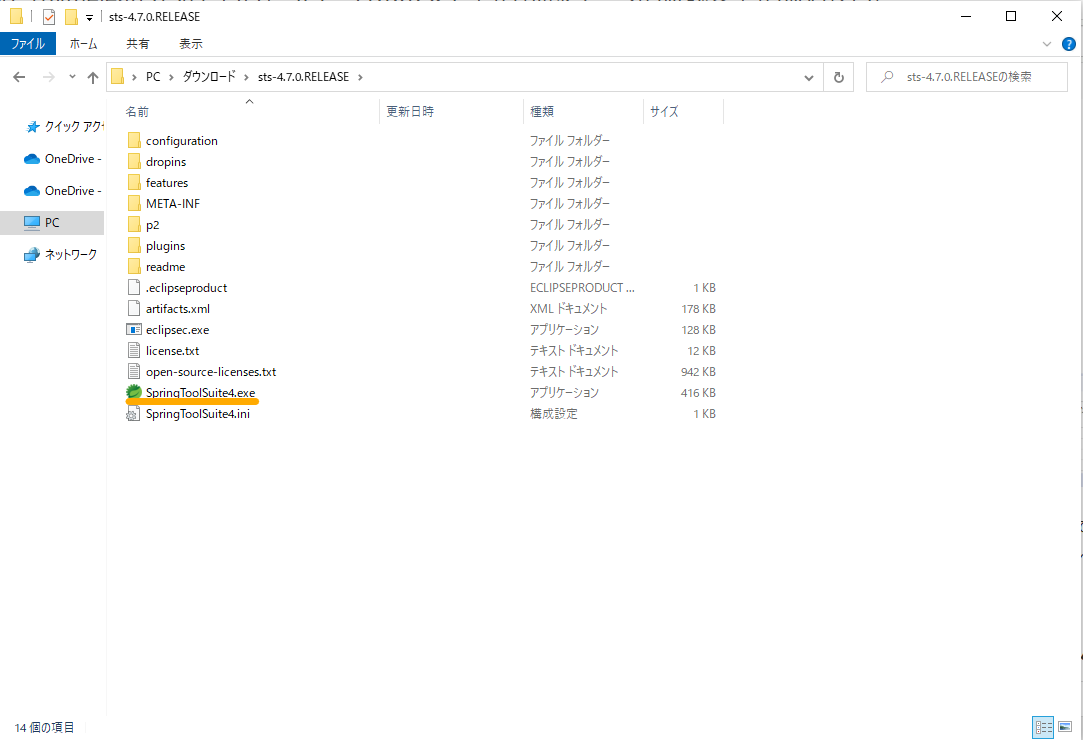 Since coming out launcher When you start it should be asked to specify a workspace, let’s create a folder somewhere in advance. This time, create a folder called “HelloWorld” on the desktop and specify that as the workspace.

Click the start button to display the STS work screen. At this point, you can create a project, but this time, I will introduce a Japanese plugin called Pleiades for Eclipse. 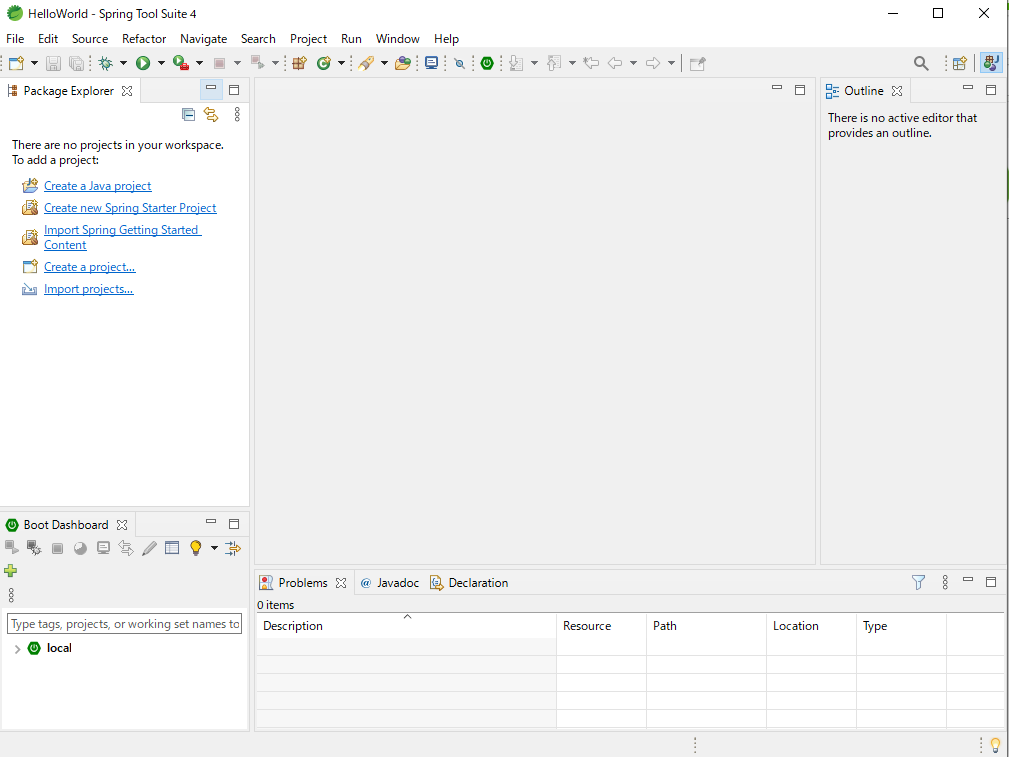 Introduce #Pleiades into Japanese First, close STS if you have it open as a preparation. Pleiades can be downloaded from the here page. I think that the page has All in One at the top and links for downloading the plugin in the middle, but since Eclipse is already installed in the form of STS, only the plugin is ok. This time it’s Windows, so download it from the leftmost button. 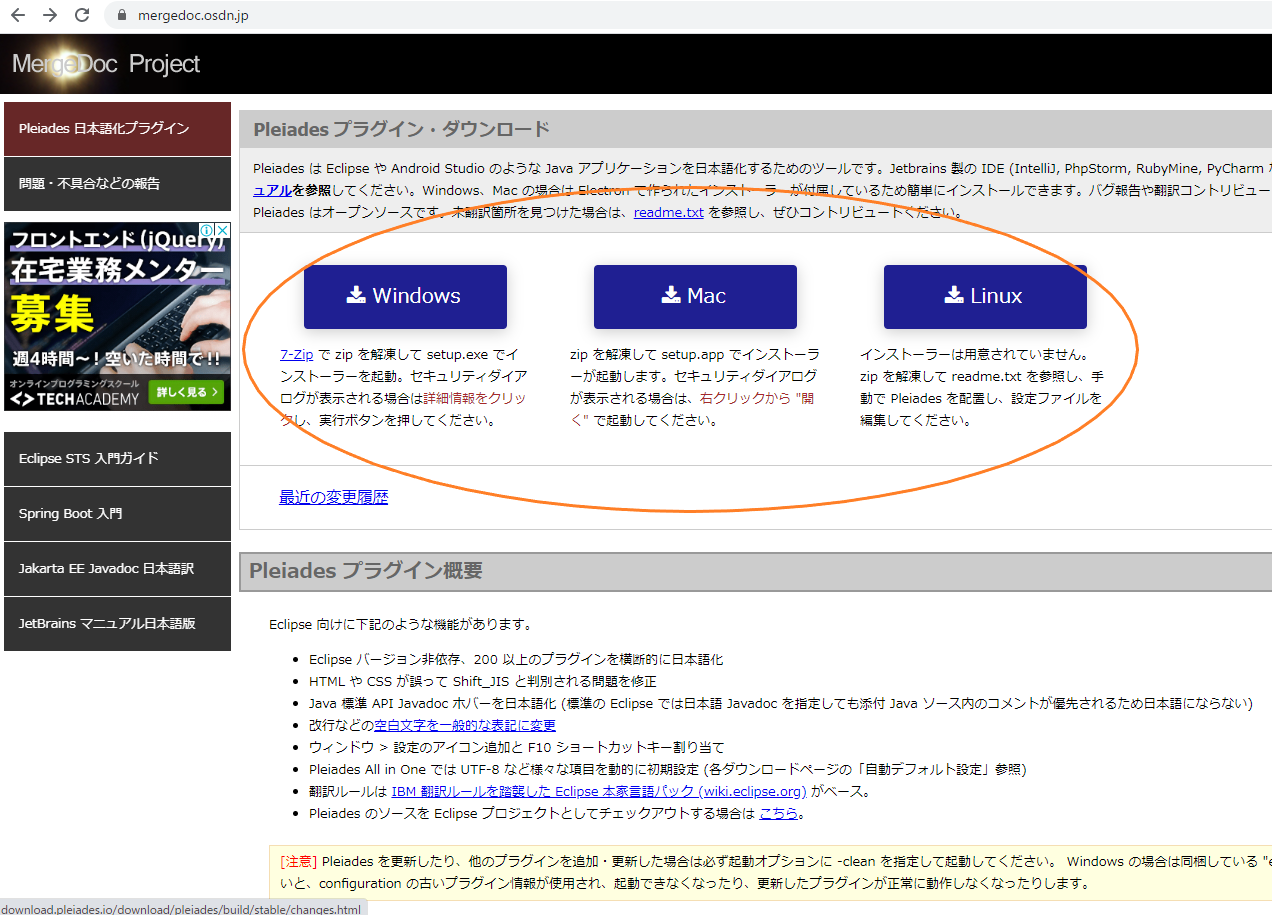 When the download is over, a .zip file is created in the download folder again, so decompress it. The image above is before thawing, and the bottom is after thawing. 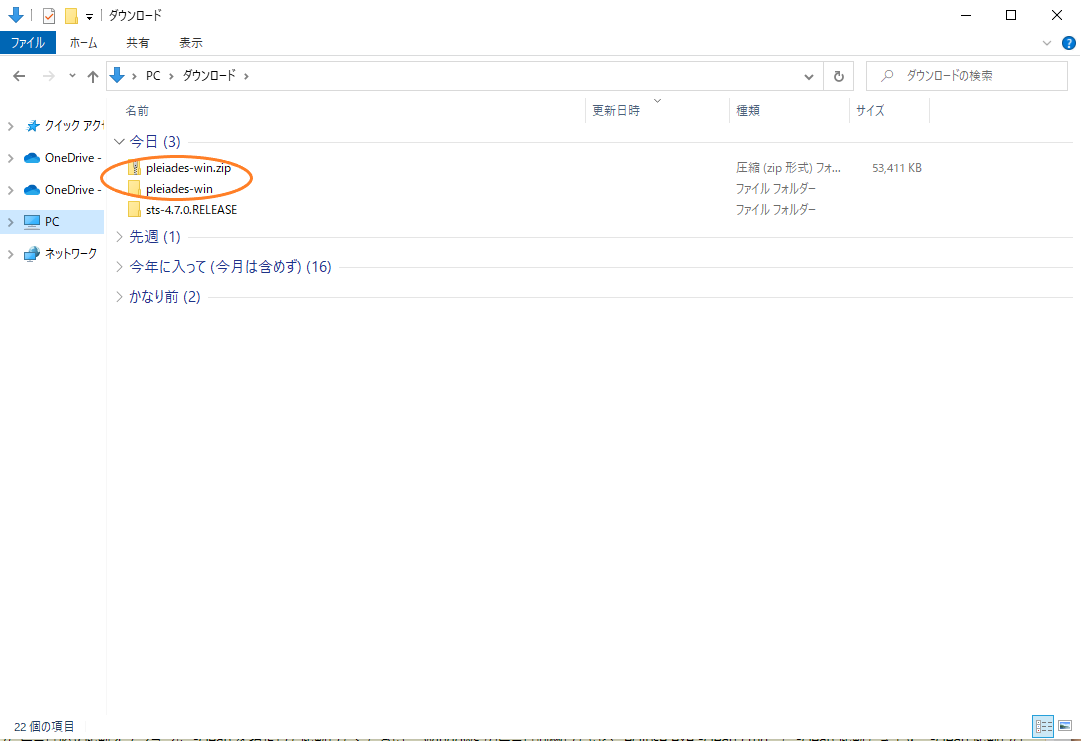 There are some more files in the unzipped folder. In that, execute the file “setup.exe”.

When executed, the setup window will be displayed. Pleiades can be used not only in Eclipse but also in other IDEs such as Android Studio. Click the button for selecting the application to be translated into Japanese. 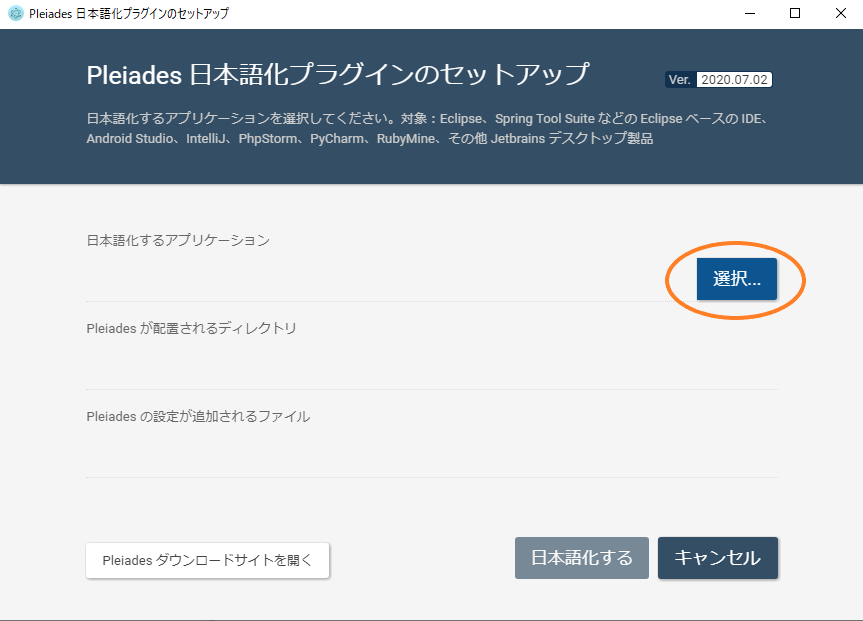 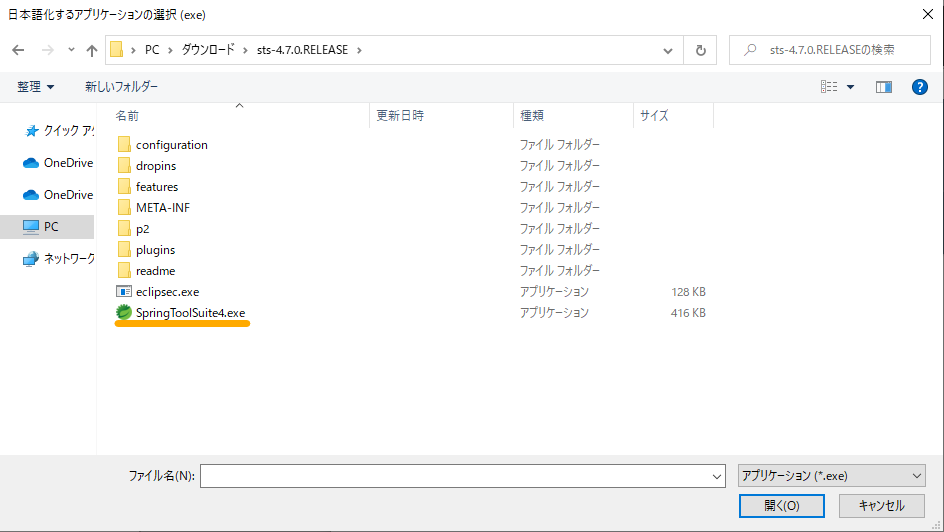 After selection, the original setup window will reappear. At this point, I think that the application to be translated into Japanese, the directory where Pleiades is located, and the file to which the Pleiades settings are added are entered. After that, click the Japaneseize button at the bottom right to start STS Japaneseization. 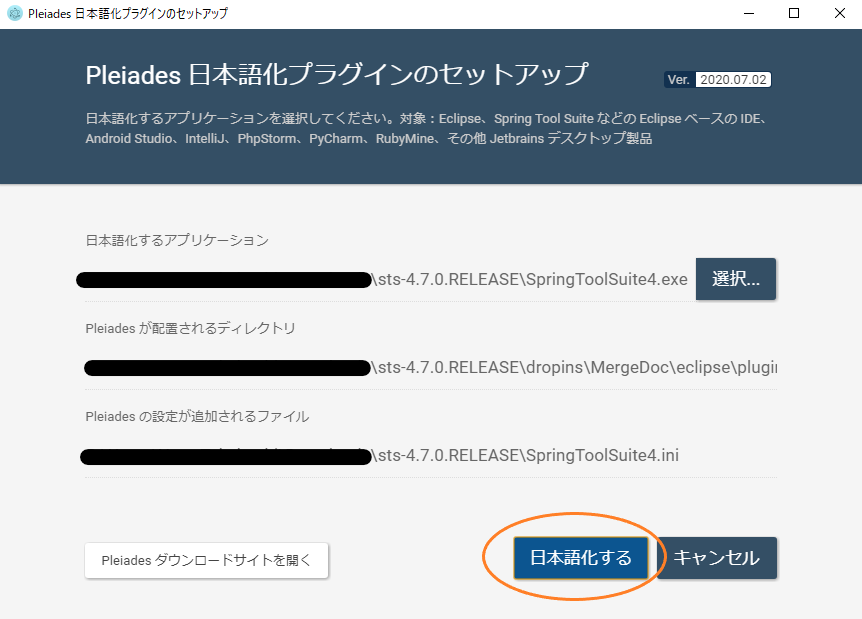 Start STS when the setup window is closed. I think it’s easy to understand that the first launcher has already translated into Japanese. Select HelloWorld on your desktop as the project folder, just like the one you created above. If Pleiades is executed well, the work screen should be in Japanese. 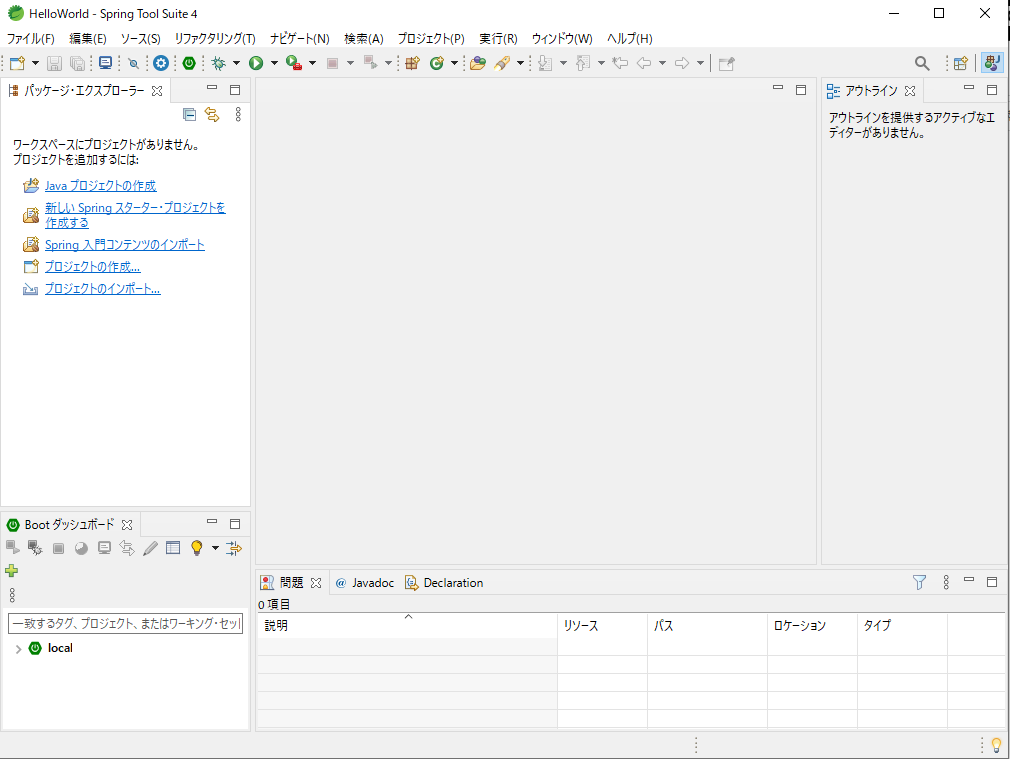 Up to this point, we have proceeded from downloading STS to converting Japanese into Pleiades. Next, I will actually create a project and check the page on the local host.

Next time: From project creation to checking the page on the local host