As a study of machine learning, I read “Learn from basics textbook of artificial intelligence””.

The feature of this book is that a simple program of Python is included in the chapter end problem.

This is a problem to create a simplified version of ELIZA.

In the case of Windows10, the process of converting the character code is required. With AtCoder, there is no such processing, so it is fresh. However, it is necessary to select the legacy console due to a bug in the command prompt. 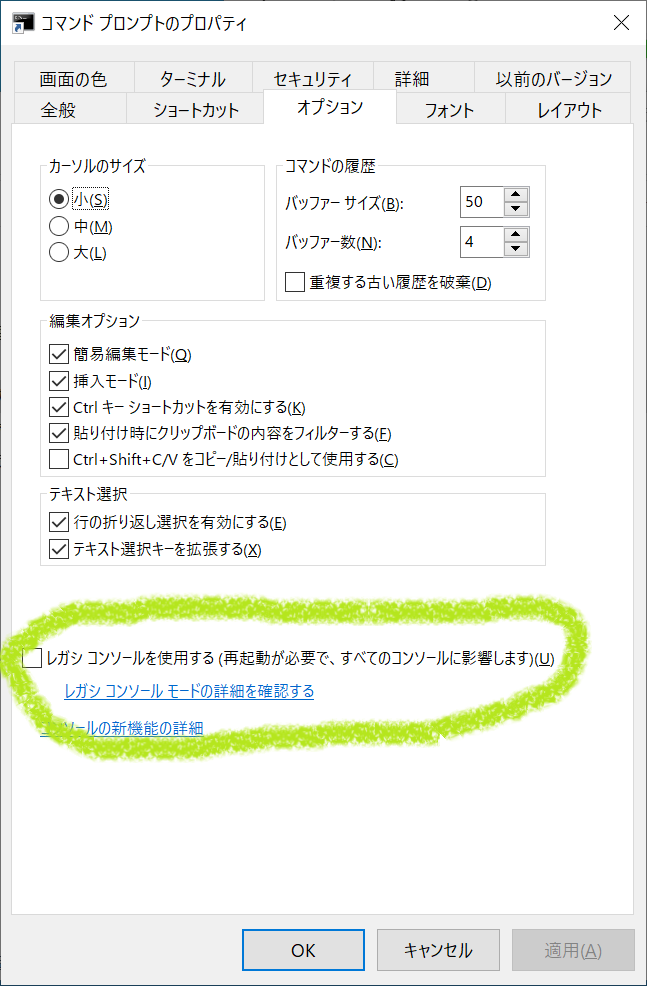