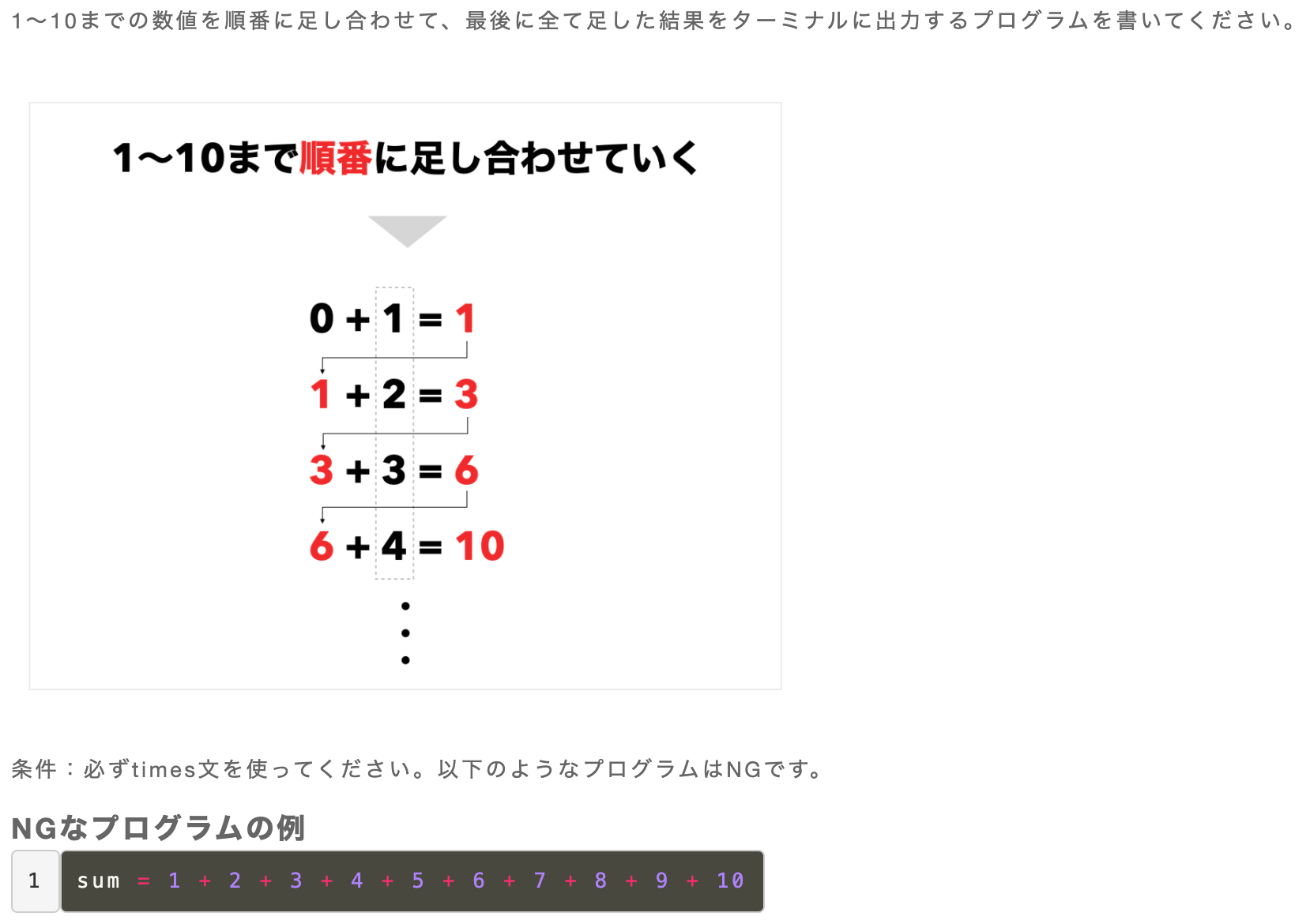 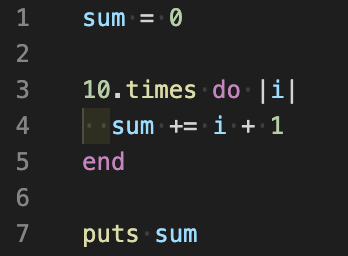 This time, I created a program that adds numbers 1 to 10 in order. Below is the code I tried first.

The following is the output.

So we need a variable that will always store the result. Define this as the variable name sum. Since we have not added anything yet, substitute 0 for sum. 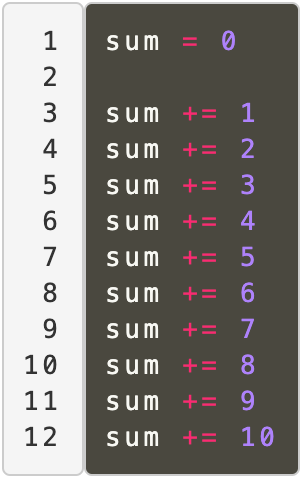 Since this code is very long and the same process continues, we will rewrite it with a times statement to make it more efficient. 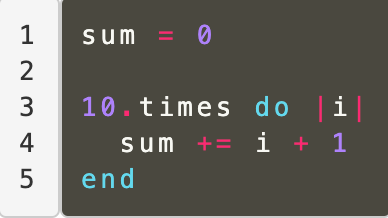