I wanted to make a GUI application. There are various libraries and frameworks for creating GUI applications, but I personally wish I could make it in Java, which I am most good at, so I tried to build an environment for development using JavaFX. ~~ I was satisfied just by making a sample! ~~

Please note that the bottom line is the fucking article that throws in other articles. However, I think there are various ways to write the same thing as the other articles, so I wonder if it can be helped (excuse).

The source is here. https://github.com/dhirabayashi/javafx_sample

The JDK and IntelliJ are already installed.

Create a JavaFX project with IntelliJ

You may want to refer to the article below. It is easy to understand because it covers everything from project creation to sample code creation and execution. JavaFX application development with IntelliJ IDEA and Gradle -From environment construction to sample code-

However, it didn’t work for some reason in my environment, so I changed the source a bit. Class#getResource() → ClassLoader#getResource()

Cooperation of Scene Builder and IntelliJ

Although it is possible to develop with just the above steps, I think that it is easier to introduce Scene Builder and develop with GUI rather than developing all with code base, so I will show the procedure. (After all it is a round throw)

There is IntelliJ official help on this, so it’s good to see it. Configure JavaFX Scene Builder

All you have to do is install Scene Builder separately and set its path in IntelliJ. If you do not use Japanese, the menu name will be different, but if you open Preferences and search for “JavaFX”, it will appear. 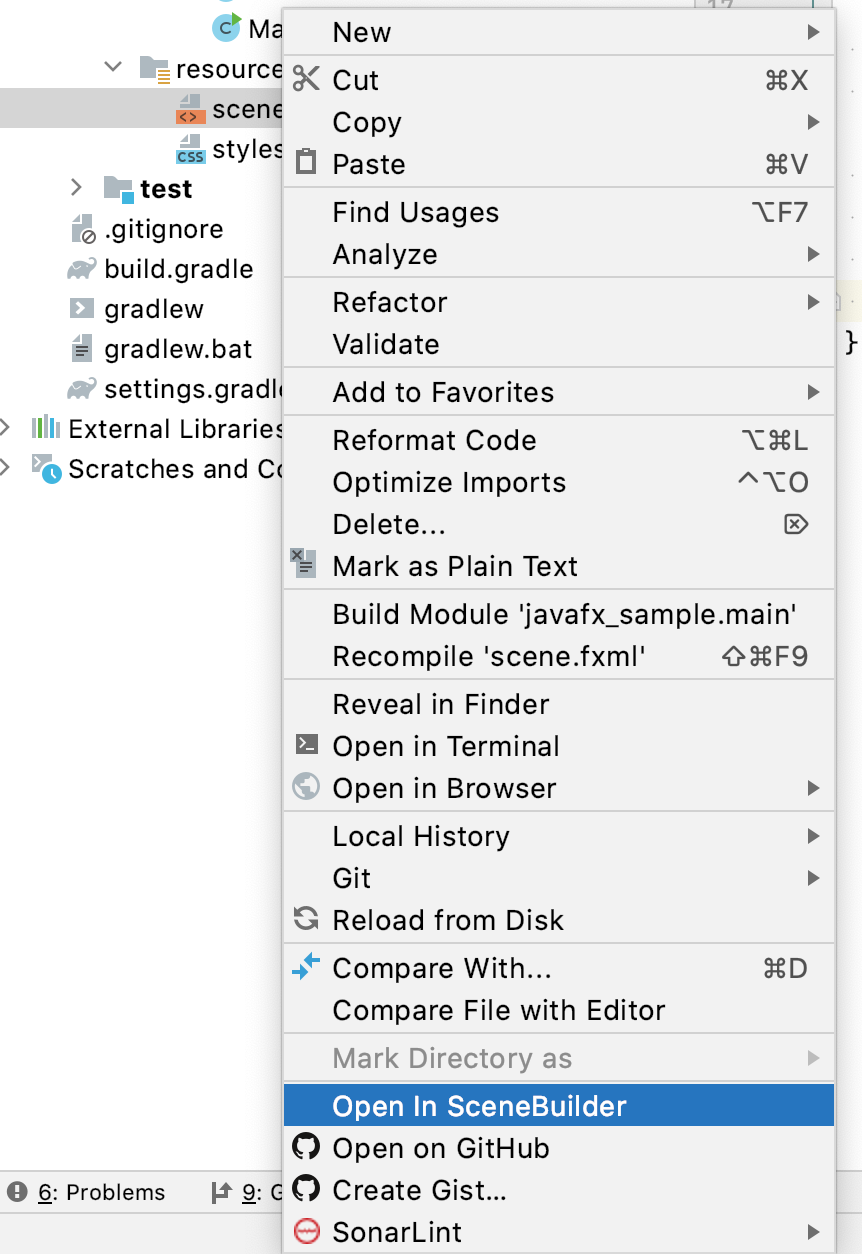 This article was easy to understand how to use Scene Builder. Although it is an example of Eclipse, the operation after opening Scene Builder does not change. Basic usage of Scene Biulder

It was a shit article as we had previously noticed, but I’m glad I had a JavaFX development environment for now.