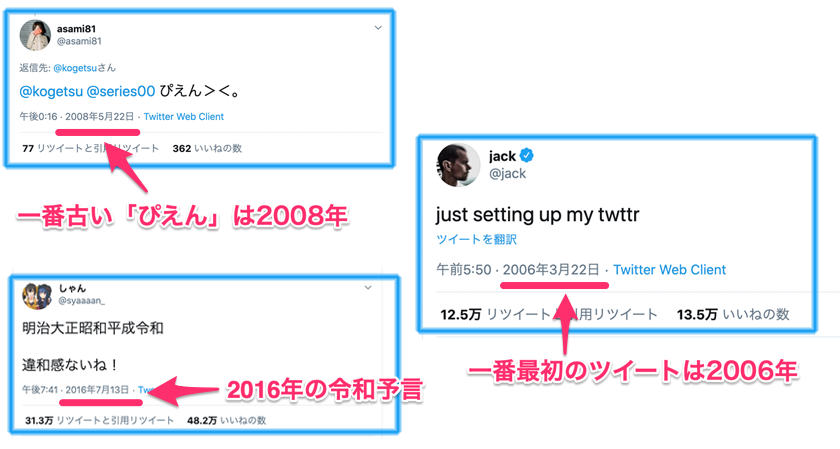 We have created twitterscraper-ruby gem that allows you to scrape Twitter to get past tweets.

Perhaps 99% of people in the world use this method to get tweets. Since it is an API provided by Twitter, you can use it with confidence, but there is a strong limit on the number of times you can use it, and the biggest disadvantage is that you can only get "tweets in the last 7 days". For this reason, you can only "get a few recent tweets".

With this API, you will be able to search all past tweets by paying millions of yen per month. There is a limit to the number of times you can use it, but it is a relatively loose limit and you will not be inconvenienced in terms of getting tweets.

twitterscraper-This is the method used by ruby gem. You can get a large number of tweets at high speed without worrying about the restrictions on the number of times of use and the target period, which are the disadvantages of the Twitter Search API. However, scraping is an act that is expressly prohibited by the Terms of Use and must be done at your own risk.

In this article, we're doing some research in a way that's as light as possible on Twitter.

I checked the person who tweeted the popular "Pien" first. Surprisingly, it has a long history, and as of May 22, 2008, I found a person who used it with almost the same meaning as the current Pien.

Click here for the URL of the first tweeted "Pien"

You can get the first "Pien" tweet by executing the following command after installing twitterscraper-ruby.

By the way, if it means different from the current Pien, the oldest Pien was tweeted on January 24, 2008. There are foods such as Pien Lo (Pien Lo Nabe) and Pien Porridge (Yapienjo), and it was a tweet in this sense.

Find out the first person to tweet "Reiwa" as an era

I think many of you know this prophetic tweet because it was buzzing online in the spring of 2019.

"Reiwa" was first tweeted as the next year of Heisei on "July 13, 2016". You can easily find this tweet using the twitterscraper gem.

If you execute the following command after installing twitterscraper-ruby, you can get the Reiwa prophecy tweet.

By the way, if it is "Reiwa as a character string" instead of "Reiwa as an era", there are many people who tweeted earlier. It seems that they happen to be in the same order in Chinese.

Find the oldest tweets you can get

You can get the oldest tweet by executing the following command after installing twitterscraper-ruby.