What is an immutable object? [Explanation of how to make]

The explanation is for beginners here, but if you want to read more detailed explanation, please buy the following books. Effective Java 3rd Edition

What is an immutable object?

To put it simply, it is an object that has the same data.

I don't know what it means, so I'll explain it using Java String and StringBuilder. First look at the code below

The output result is as follows

This code simply adds A to str twice In the above code, str is declared as a String type, but declaring str as a StringBuilder type does not change the output result.

However, the method of instantiation is different between String and StringBuilder. Let's see what kind of instance will be left in the end 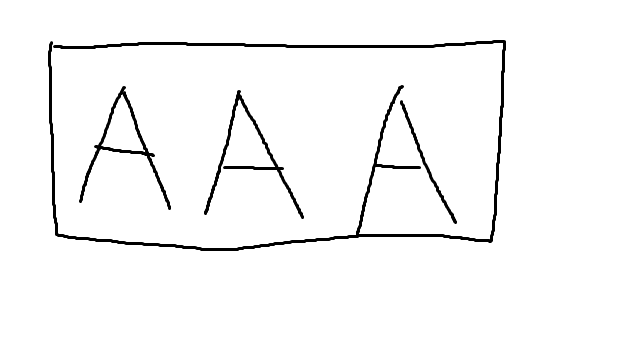 Since only the same instance as the output result is generated, the final remaining instance is only one AAA. 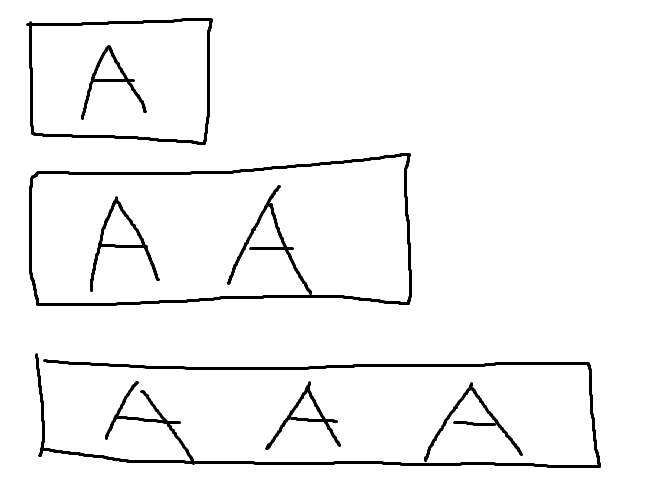 In the case of String, another instance is created each time A is added. Therefore, A, AA, AAA instances remain Instances of A and AA are out of reference and are subject to GC.

Difference between String and StringBuilder

As you can see from the above example, StringBuilder has the value of one instance rewritten, while String has another instance without rewriting the value. Generating </ font> color </ font>

StringBuilder only instantiates once, so it's less expensive Since String has created instances many times, the load will be higher accordingly.

Looking at this, there is no point in using String! You may feel, but ** it's a mistake **

As mentioned above, the advantages of StringBuilder lead to improved performance. In this example, A is combined only twice, but if this is 10,000 times, it will not be possible to make a fool of the instance creation cost.

However, even though it is the same instance, the value is rewritten depending on the timing, such as A, AA, AAAAAAA. This is a big problem, and once you make a change, it also affects the objects that reference it.

What if it's a String? It costs money to create multiple instances, but one object always keeps the same value. If you want an instance with a different value, create another instance Therefore, it does not affect other objects.

That is, ** Immutable objects can be used to ensure that their values do not change ** </ font color>

Even if you create a variable object, reducing the variable part as much as possible will help prevent accidents.

How to make an immutable object

If you allow the class to be inherited, the encapsulation will be broken, such as being inherited and adding strange methods. I do not want to cause problems such as immutable object or variable object depending on how it is created even though the type is the same, so declare class so that it can not be inherited

If it is a class of an encapsulated module, it is not visible from the outside, so it is practically impossible to inherit without adding final, but if you do not intend to inherit it, add final to inherit It's common to forbid (the same is true for variable objects)

Immutable objects don't want their values changed, so make them all constants It also sets visibility so that variables are not referenced directly.

A mutator is an operation that rewrites values such as setters. I don't want to rewrite the value, so of course I don't need a method to do that

Watch out for getters

First look at the code below

Since the instance reference can be obtained on the side that called the getStr method, the value inside the str instance can be rewritten.

To prevent that, I tried to improve the previous code

The StringBuilder class had a method called the toString method that turns a variable object into an immutable object, so I tried using it. However, this type conversion part is not very important in the "Watch out for getters" description. The important thing is that is copying and returning the value </ font>

This technique is called ** defensive copy ** By using defensive copy, even a class that handles variable objects like StringBuilder can make the class an immutable object.

I will put the sample code of the immutable object explained so far. (The constructor part has been added)

In the sample code above, the constructor is public, but Effective Java recommends a static factory. This also applies to current API development Let's rewrite the sample code a little earlier

In the case of the above code, it will not be a singleton because a new instance of type TestClass will be created each time the newInstance method, which is a static factory, is called. But if you don't want to be a singleton you can use this technique

If you want to make it a singleton, do not use new in the static factory method, just create an instance in advance and return

The advent of DI containers may reduce the chances of calling static factor directly, but this technique is still active.

I introduced what an immutable object is and how to make it.

It is no exaggeration to say that there is no system that does not require immutable objects in any system, so please remember and use it.

What is an immutable object? [Explanation of how to make]
JVM Performance Tuning: What is Tuning and How to Make a Good Plan
How to make an crazy Android music player
[Ruby] Meaning of &. How to avoid the error when the receiver (object) is nil
What is an interface?
What is an initializer?
What is an operator?
How to make shaded-jar
What is an annotation?
How to make an image partially transparent in Processing
How to make an oleore generator using swagger codegen
How to make an almost static page with rails
How is the next value of the Time object correct?
After installing'devise''bootstrap' of gemfile with rails, what to do when url is an error
[Memorandum] What is an error?
Java --How to make JTable
How to pass an object to Mapper in MyBatis without arguments
What happened in "Java 8 to Java 11" and how to build an environment
[Ruby] What is an instance?
How to handle an instance
Road to Java Engineer Part2 What kind of language is Java?
[Rails] How to make seed
Introduction to Ratpack (1) --What is Ratpack?
How to make th: value of select have multiple values
I want to make the frame of the text box red when there is an input error
[Swift5] How to get an array and the complement of arrays
How to make an image posted using css look like an icon
How to output the value when there is an array in the array
How to identify the path that is easy to make a mistake
How to get the length of an audio file in java
Summary of what we did to make JavaScript compatible with IE11
'% 02d' What is the percentage of% 2?
What kind of StringUtil is good
How to make a Java container
How to make a JDBC driver
How to use setDefaultCloseOperation () of JFrame
How to insert an external library
What is it? ~ 3 types of "no" ~
How to make a splash screen
How to make a Jenkins plugin
[Technical Note] What is Object Oriented?
How to make a Maven project
What kind of method is define_method?
Explanation about Array object of Ruby
How to make a Java array
[Android] How to make Dialog Fragment
I tried to make a parent class of a value object in Ruby
[JavaScript] How to display an alert when there is an input form omission
What to do and how to install when an error occurs in DXRuby 1.4.7
How to convert an array of Strings to an array of objects with the Stream API
Get the type of an array element to determine if it is an array
How to build an environment for any version of Ruby using rbenv
[For Rails beginners] Summary of how to use RSpec (get an overview)
Android development, how to check null in the value of JSON object
How to make the schema of the URL generated by Rails URL helper https
How to make an app with a plugin mechanism [C # and Java]
How to crop an image with libGDX
How to make a Java calendar Summary
What is testing? ・ About the importance of testing
How to name variables 7 selections of discomfort
How to blur an image (super easy)