[RUBY] How to create a class that inherits class information

What is class inheritance?

Defining a class after making a method defined in one class available in another new class is called inheritance. 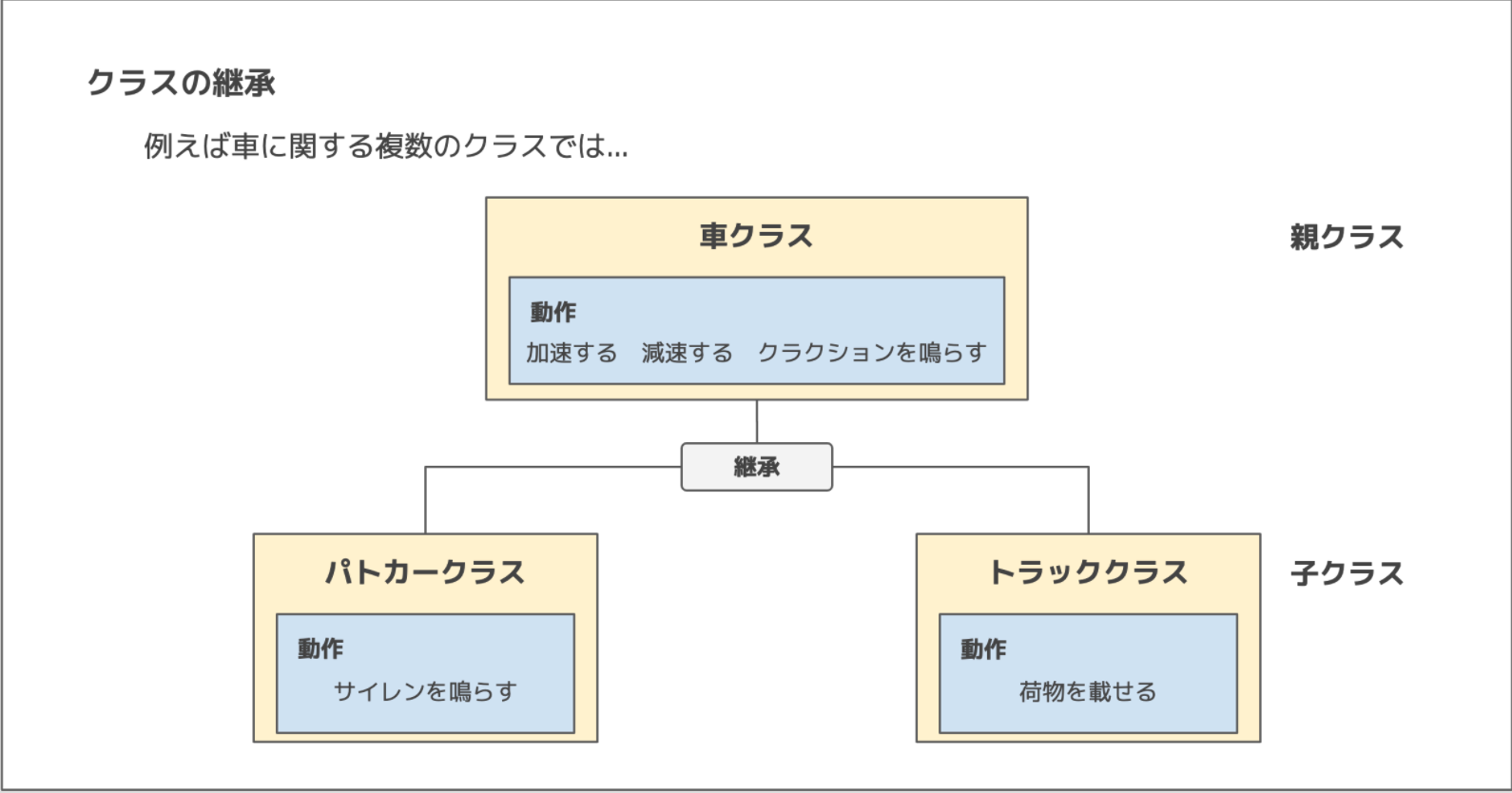 When inheriting a class, use "<" when declaring the class and write as follows.

Now, let's write the example of the car above with the code that actually uses the inheritance of the class. First, define the parent class.

The parent class defines the common behavior of the car. Next, define each child class. This time, police cars and trucks are defined as Patrol Car and Truck Car, respectively.

By using class inheritance, you can write neat code without repeatedly writing common methods, so please write it!