A tool for building a virtual environment using" container technology ". The most popular open source software developed by Docker You can easily create a container because you have put together the effort to establish it as one container.

Container sharing service for Docker. Almost GitHub. (1) Since many Docker images are rolling, Pull from there to create a container. (Create a container with the run command based on the pulled image) (2) Develop and work with the created container, and commit it as an image. ③ Upload the committed image to your repository by Pushing it to Docker Hub. ④ When you want to use an image on a different PC for development work, just Pull the uploaded image and it's OK! 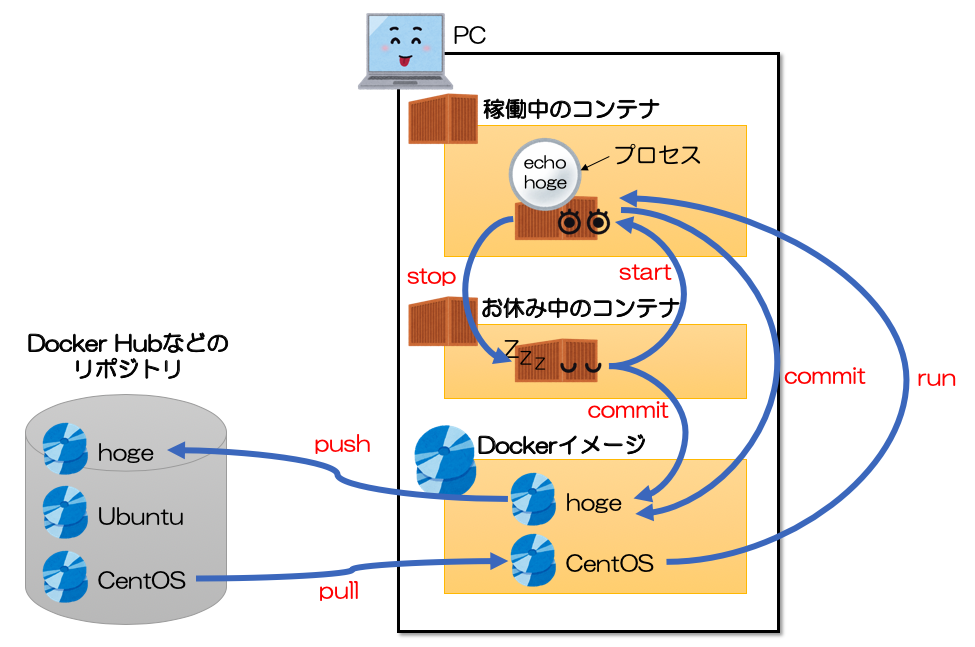 The source of the container, the template, the package. An image is made up of layers of files called layers. If you don't have the image you want, you can create your own using Dockerfile .

The heart of Docker, this is Docker, and it is Docker itself. It is for transmitting commands from containers and images to the host OS and running them.

It consists of three elements

• The part that accepts commands • REST API (stateless data exchange) • Docker daemon (where it interacts with the host OS) It is divided into. 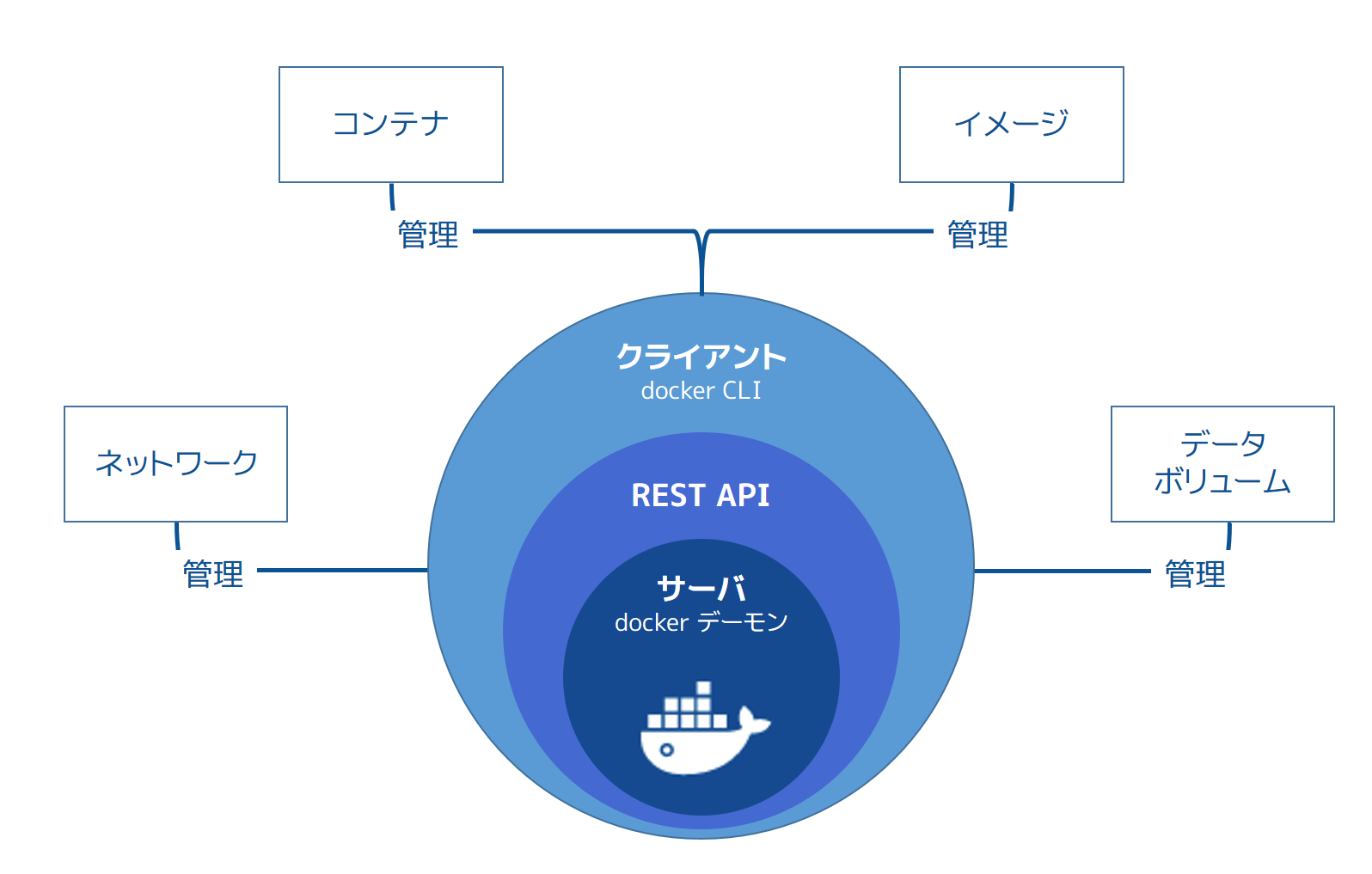 It's wonderful that you can set the environment so easily, it's light and it's easy to use. !! It seems that there are various disadvantages, but it is convenient because it is easy to use! !! !!