I posted it for the first time. It's been three months since I started attending the TECH CAMP night course. There were many things I couldn't understand in the curriculum, and I had a lot of troubles, such as searching on Google and asking mentors each time. Even though I repeated the errors, I was delighted to say that it worked safely.

I managed to do various things, and finally it became a personal application development.

To be honest, it's still a series of trial and error, but after all, what I'm doing may be forgotten over time, so I recorded what I had a hard time solving. I thought it would be better, so I posted it.

I'm still unfamiliar and inexperienced in knowledge, so it may be wrong to write it, but I thought it was meaningful to post it clearly, so it's wrong. I would be grateful if you could point out the point clearly.

I tried to display the view when creating a personal app First of all, I got the following error. 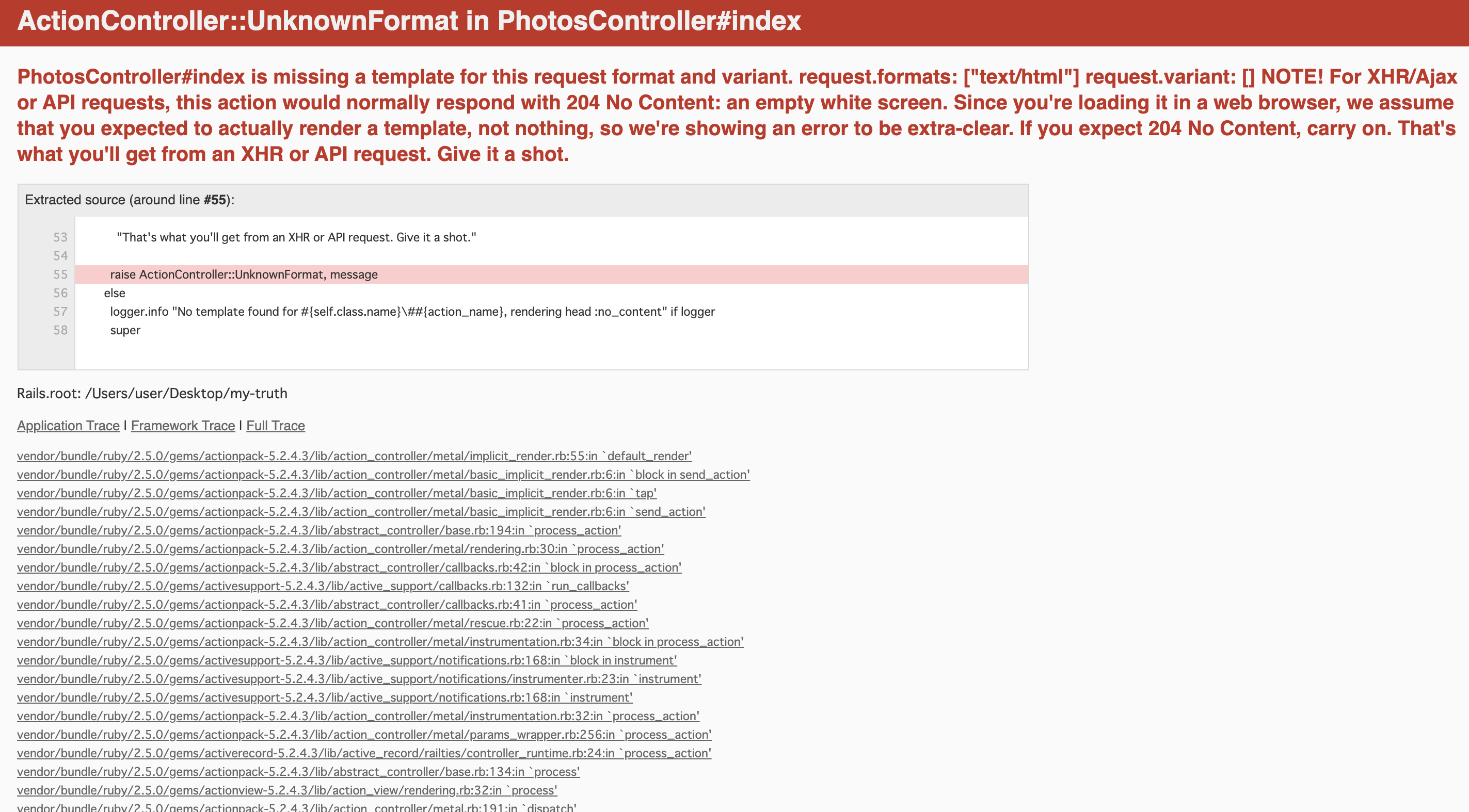 The cause was that haml could not be installed. So in the Gemfile

Enter At the terminal

And then convert the existing erb to haml

Then "would you like ~" will appear, so enter "y" This resolved the error.