What is JVM (Java Virtual Machine)

It can be executed regardless of the type of CPU or OS. In other words, in a process that runs on the OS, bytecodes obtained by compiling Java code are converted into machine language that can be understood (parsed) by the OS (Windows, OS X, Linux, etc.) and executed.

There are the following four in a big look. 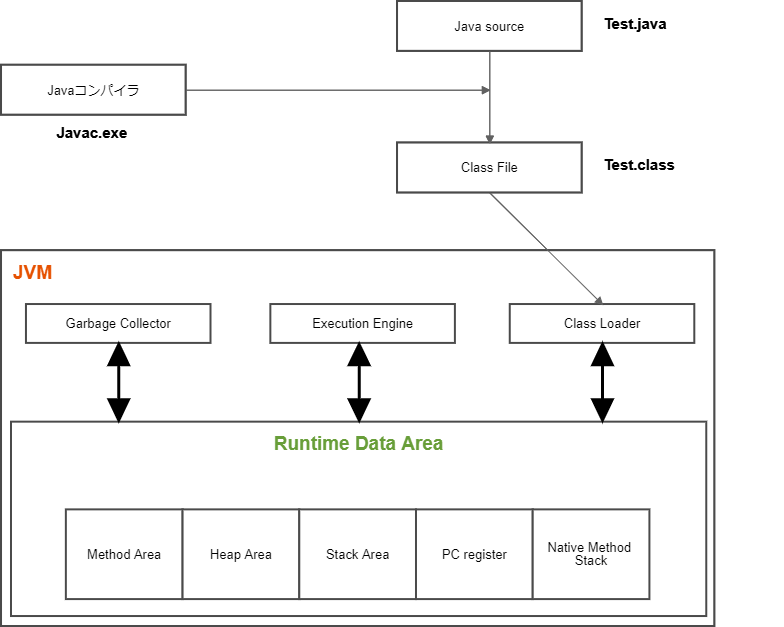 In Java, when you create the source code, a .java file is generated, like Test.java. When the Java source is compiled by the Java compiler, a .class file (byte code) is generated like Test.class. The Class Loader plays the role of loading the **Runtime Data Area, which is the memory area given by the OS by the JVM, by assembling the **Class file generated in this way.

*If Full GC is performed for a few seconds, if all threads are stopped, a fatal problem will occur that will lead to a failure. 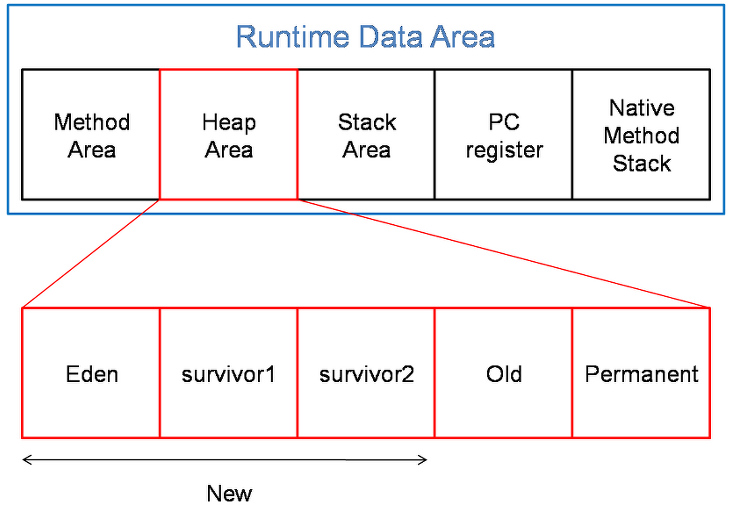 *JNI: JNI interacts with the native method library and provides the native library required for the execution engine.

When a thread is created

The method area and heap area are shared by all threads, The stack area, PC register, and native method stack are created for each thread and are not shared.

In this item, the Heap area is an important target of GC, so let’s take a closer look. (The Stack area and Method area are also subject to GC.)

(It is important that the numbers in the survivor area have no meaning and are divided into two.)

The purpose of dividing the Heap area into 5 is to perform efficient GC. I would like to explain the details while looking at the process of GC.

GC is divided into Minor GC and Major GC

*Repeat the above procedure to move to the old area before the survivor2 area is full.

*It takes longer than Minor GC, and all threads other than GC are stopped while GC is running.

What if Major GC (Full GC) is performed? ?

Check the unreferenced objects in the Old area and delete all the corresponding objects. In that case, it will be deleted in the Heap memory area and free memory space will be created, but it will be reconfigured to eliminate this free memory. (Memory organization) ** So all threads are stopped to prevent other threads from using the memory while reconfiguring it. **