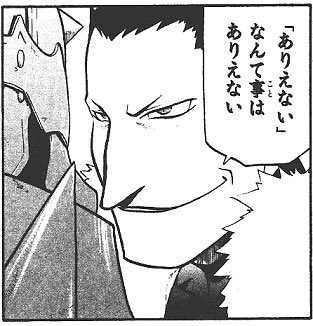 Greed "It's impossible to be impossible" --- Fullmetal Alchemist

It's an article that isn't honest, but I thought it would be good for someone by any chance.

While dealing with programming errors as a mentor, I encountered the following error.

When I tried to run RSpec using Rails 5.2.4, I don't remember the details as cannot load such file --spec_helper (LoadError), but some NameError occurred at the same time.

After confirming that all the file / folder names and directory locations set by the students were correct, I had the application uploaded to github once, and then cloned it on my PC and tried it through a test.

Ironically, the test passed successfully in my environment. I was wondering what happened and what the settings were different. .. ..

At that time, I was talking on Zoom and noticed that the student's PC had only one digit left to charge, and that I was almost fully charged. ** The student went to pick up the charger, plugged it into his PC and ran the test again. ** **

As a result, the test was executed without any error ...

I didn't think so, but there was another person besides me who was checking at the same time, so I definitely didn't code at all.

Is there such an influence such as PC performance? I thought. If nothing can be done, I wondered if it would be a good last resort to run the program after fully charging it.

I couldn't find a similar article, so I left it for the time being. If you have any details, please leave a comment.

I want you to put the story that the error was solved when you stabbed the charger in the corner of your head
The story of Collectors.groupingBy that I want to keep for posterity
I want to display an error message when registering in the database
When I think about the 402 error that suddenly appeared in the middle of the introduction of PAY.jp, there was an unexpected place
When you want to change the MySQL password of docker-compose
The story I was addicted to when setting up STS
[Swift] When you want to know if the number of characters in a String matches a certain number ...
I want to make the frame of the text box red when there is an input error
I want to control the default error message of Spring Boot
I want to know the Method of the Controller where the Exception was thrown in the ExceptionHandler of Spring Boot
I want to change the value of Attribute in Selenium of Ruby
[Words spelled to me when I was in the first grade ⑦] What I want you to include at least with the Visual Studio Code extension
A story that I was addicted to twice with the automatic startup setting of Tomcat 8 on CentOS 8
[RSpec] When you want to use the instance variable of the controller in the test [assigns is not recommended]
[Rails + Webpacker] I want to use images of assets! Until you can view the image in Vue.js
A story I was addicted to when testing the API using MockMVC
I want to know the JSP of the open portlet when developing Liferay
I want to get the IP address when connecting to Wi-Fi in Java
I want you to use Enum # name () for the Key of SharedPreference
What I did when I was addicted to the error "Could not find XXX in any of the sources" when I added a Gem and built it
In WSL2, when I did `docker-compose up`, I got an error saying that the sh file was not found.
If you want to satisfy the test coverage of private methods in JUnit
When you want to notify an error somewhere when using graphql-spring-boot in Spring Boot
I want to output the day of the week
When you want to bind InputStream in JDBI3
I want to var_dump the contents of the intent
When you want to use the method outside
I want to get the value in Ruby
I want to get the information of the class that inherits the UserDetails class of the user who is logged in with Spring Boot.
Summary of copy and paste commands used when you want to delete the cache in iOS application development anyway
[Ruby] When you want to assign the result obtained by conditional branching to a variable and put it in the argument
[rails] After option useful when you want to change the order of DB columns
I want to morphologically analyze the log in the DB and put it in the DB to classify messages 1
The story that did not disappear when I tried to delete mysql on ubuntu
[Rails] I want to display the link destination of link_to in a separate tab
The part I was addicted to in "Introduction to Ajax in Java Web Applications" of NetBeans
A story I was addicted to when getting a key that was automatically tried on MyBatis
The story that the performance increased by 9.26 times when the layout method of View was changed from AutoLayout to warm hand calculation.
A story that solved the problem that the Java (jdk) version was too high to use the h2o library in R and R Studio.
I was addicted to the NoSuchMethodError in Cloud Endpoints
I want to embed any TraceId in the log
I was addicted to the record of the associated model
I want to know the answer of the rock-paper-scissors app
I want to display the name of the poster of the comment
When you want to dynamically replace Annotation in Java8
If you want to recreate the instance in cloud9
I want to be aware of the contents of variables!
I want to return the scroll position of UITableView!
[Ruby on Rails] I want to get the URL of the image saved in Active Storage
When I switched to IntelliJ, I got a lot of differences in the encoding of the properties file.
How to batch initialize arrays in Java that I didn't know when I was a beginner
Use JLine when you want to handle keystrokes on the console character by character in Java
I want to change the color of the upper control navigation bar (Control menu) in Liferay 7 / DXP
A story that I realized that I had to study as an engineer in the first place
I want to recreate the contents of assets from scratch in the environment built with capistrano
When you want to reflect the Master Branch information in the Current Branch you are currently working on
The story when the test folder was not created in Rails
I want to expand the clickable part of the link_to method
I want to change the log output settings of UtilLoggingJdbcLogger
Solved the problem that all the data in the table was displayed
A story I was addicted to in Rails validation settings