The use of the line function has made it possible to draw pictures programmatically, albeit at a minimum. However, this alone is not enough to express itself. This section describes how to change the line thickness and color.

Change the thickness of the line

Regarding how to use the stroke function, use strokeWeight (20) etc. and specify the thickness of the line you want to use as an argument in pixels. In the example below, the line width is 20 pixels.

The result of running this program is as follows: 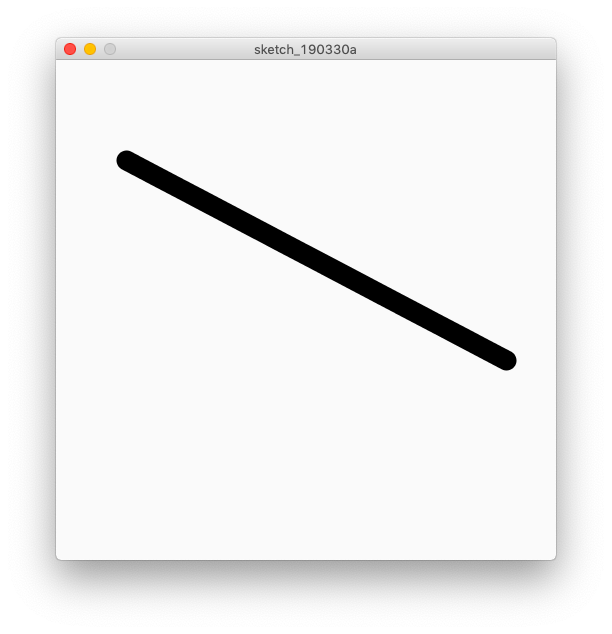 As an aside, if you increase the width of the line, you can see that both ends of the straight line are rounded.

When I run this program, I get the following figure: 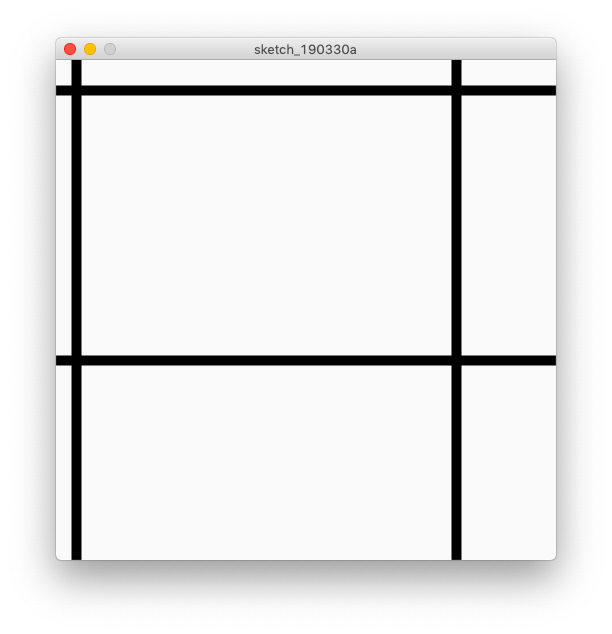 Change the color of the line

The line color can be changed with the stroke function. As with the background, there are various ways to specify the color, but here we will introduce the method of setting with the RGB value as explained in the background color section.

The execution result of the above program is 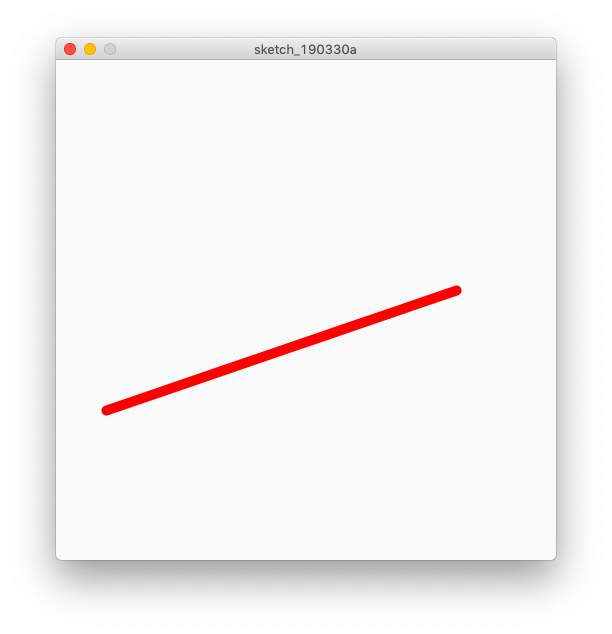 Like strokeWeight, the line color specified by stroke is retained until it is changed again using the storke function. In other words, once it is set to red, all drawings by the line function executed after that will be red lines.

In the program below, after drawing the red line, the stroke function is called again with an argument that means blue. By changing the color as needed in this way, you can freely create images (although it is still only line art).

Execution result of the above program: 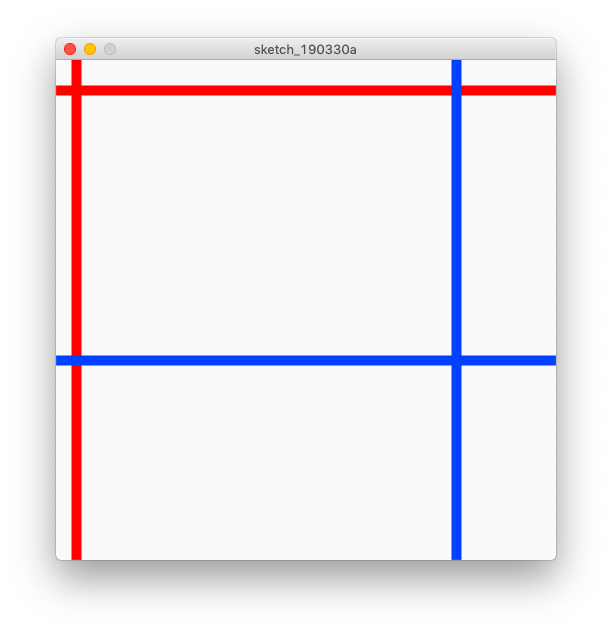 As you can see from this figure, the line drawn later is drawn above. This is the same as when using opaque paints such as oil paints, so I think it will be familiar to all college students.

Processing can also handle information called "alpha value" that indicates opacity. In other words, you can specify a translucent color, and to put it bluntly, you can paint it like a transparent watercolor paint.

Column 1: Isn't it overwritten even if I draw it later?

Since only so-called 2D images are handled in this series, they will be overwritten in sequence even when drawn by a program. However, Processing can also handle 3D CG, so in that case it is not always overwritten by what you drew later.

In the case of 3D CG, information indicating the depth is added, so things drawn later may be placed deeper.

Your City I --- Let's draw using the functions so far

At the end of this section, try drawing a program with your town as the theme. Here, I will programmatically generate a picture with the theme of the area where I have finished: 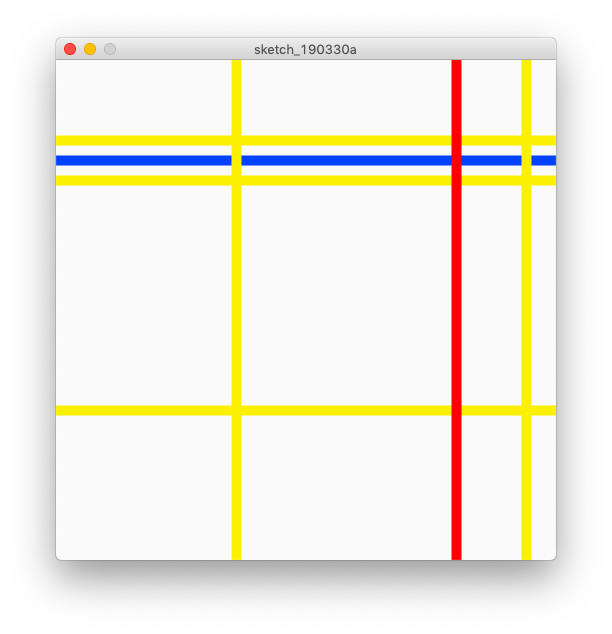 Here is the program that generates this image

Because there is no particularly technical part in the program If you read it in order from the top, you will understand it.

In general, a computer-generated picture (= image) is like a very fine mosaic picture composed of squares called pixels.

Why is it possible to display smooth straight lines in spite of such a structure? The secret lies in the technology called antialiasing.

For example, if you draw a diagonal black straight line on a white background in Photoshop and zoom in with the zoom function, you can see that the pixels near the outline of the straight line are nicely gray. Antialiasing is a technology that expresses this kind of expression.

By default, Processing has antialiasing enabled (that is, without doing anything). Of course, this feature can also be turned off. If you want to achieve jagged, old computer-like drawing, you may want to turn off the antialiasing function.

You can also turn off antialiasing in Processing. In that case, call the noSmooth function. Conversely, to enable (turn on) it, call the smooth function. Those who are interested should search based on these keywords.

Column 3: How to save the generated image to a file

Images generated by the program cannot be published on SNS as they are. Here's how to convert the generated image to an image file.

The output to the image file is

You can easily do it.

Path (= path) is a word that means a way. File path, which means the path of a file, means information that includes the location of the file.

For mac, if you want to output the file to the desktop of the currently logged in user, you can easily do it with the following code:

Add this piece of program to the end of the program and the image will be saved as a PNG file.

For example, if you want to output to the desktop with the file name test.png, the filePath variable part is

If you want to output to a JPEG file, change .png to .jpg. It is relatively easy to output, so if you are interested, please try it.