An entry that tells me about my uncle's favorite ** IntelliJ IDEA **.

It's my first time to put * gif, and I feel a lot of disappointment. I'll fix it someday. *

What is IntelliJ IDEA?

Czech-based ** JetBrains IDE ** (Integrated Development Environment) for Java. It features powerful input completion and refactoring functions, and is said to be the most popular Java development environment in the 2016 survey.

IntelliJ IDEA is for Java, but there are also Rider for .NET languages such as C # and PhpStorm for PHP. Both are charged (reasonably expensive). There is a free version of PyCharm for Python. Use it?

If you are a student, you can use everything for free. The magical ** student license is fairly easy to obtain **, so please try it.

Here's what IntelliJ IDEA is ...

--Can be used on Win / Mac / Linux --Easy to build environment --Git etc. are supported by IDE --The function that generates constructors etc. is the best

You have to install a plug-in like Visual Studio Code ... or something like that, and if you install it, you can use it immediately. Since it is automatically saved when you make changes to the source file, it is common in Visual Studio (I think) I forget to save → Build does not occur.

Once you get used to IntelliJ IDEA, you'll have to do this, so I hope everyone will.

If you force yourself to say something wrong ...

Overcome with machine power and spirit.

Java execution environment and JDK are required as prerequisites for running IntelliJ IDEA, so please install them.

You can install IntelliJ IDEA alone by downloading it from here. If you start the installer, you should be able to install it properly.

What is JetBrains Toolbox? 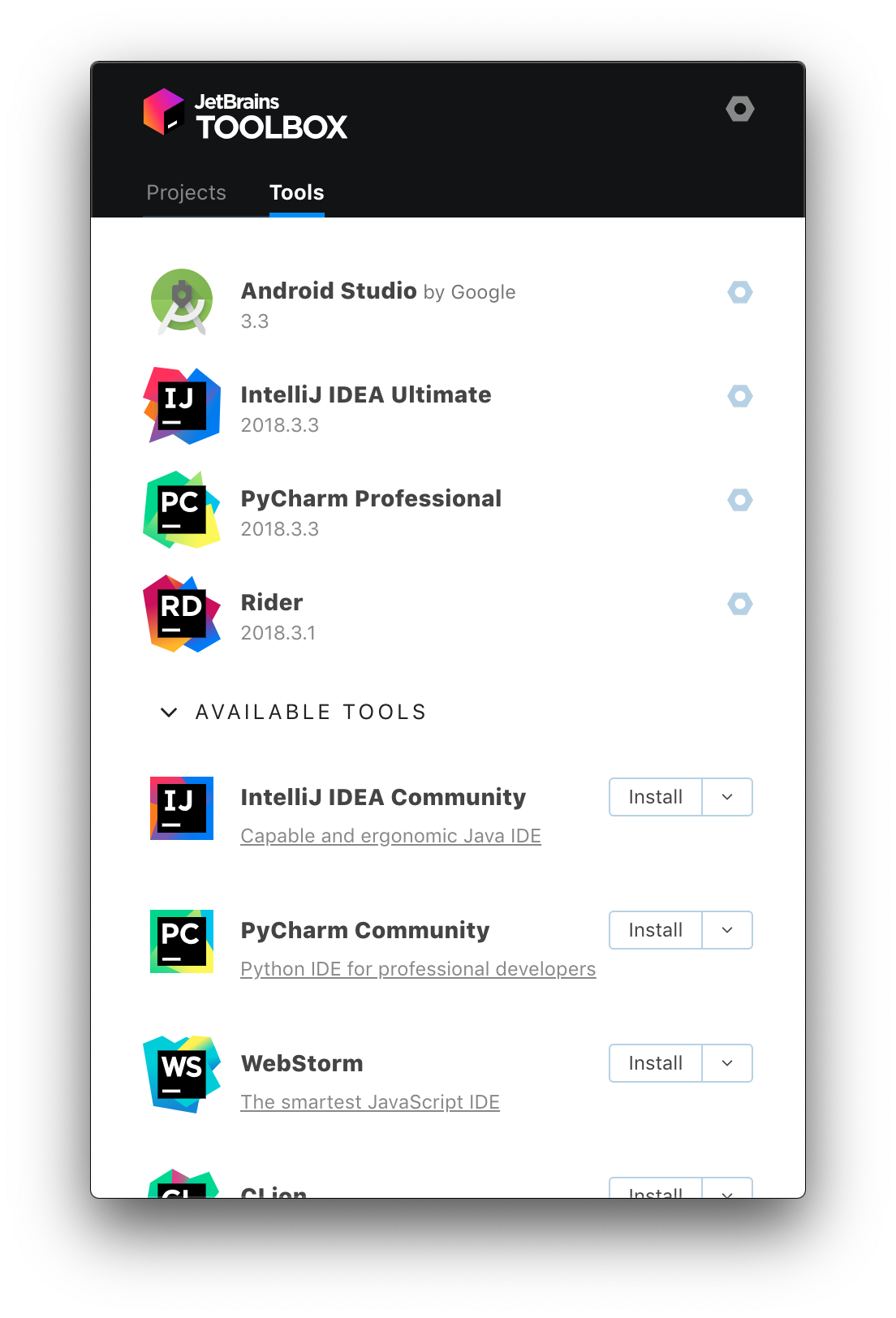 With JetBrains ToolBox, you can easily install, launch, and update your IDE. Project files opened in the JetBrains IDE are also listed, saving you the trouble of searching for them in Explorer and double-clicking them. Also, since I notice that the update is coming before starting the IDE, ** "I wonder if I have to update and restart even though I started it, I'm withered" phenomenon ** is unlikely to occur. The best.

You can download it here. If you start the installer, you should be able to install it properly.

The paid version is also listed, but if you use it for a month, you will be forced to purchase it, so install the free version quietly. I've used both Community and Ultimate, but the free version does the basics without any inconvenience. You did it!

Hello, IntelliJ IDEA. When you start IntelliJ IDEA, you will be asked something like ** "I ... white is better? Black is better?" **, so please choose the one you like and proceed steadily. Do you have any additional add-ons? But you can add it later and it works normally, so don't put anything in it and go to the next. 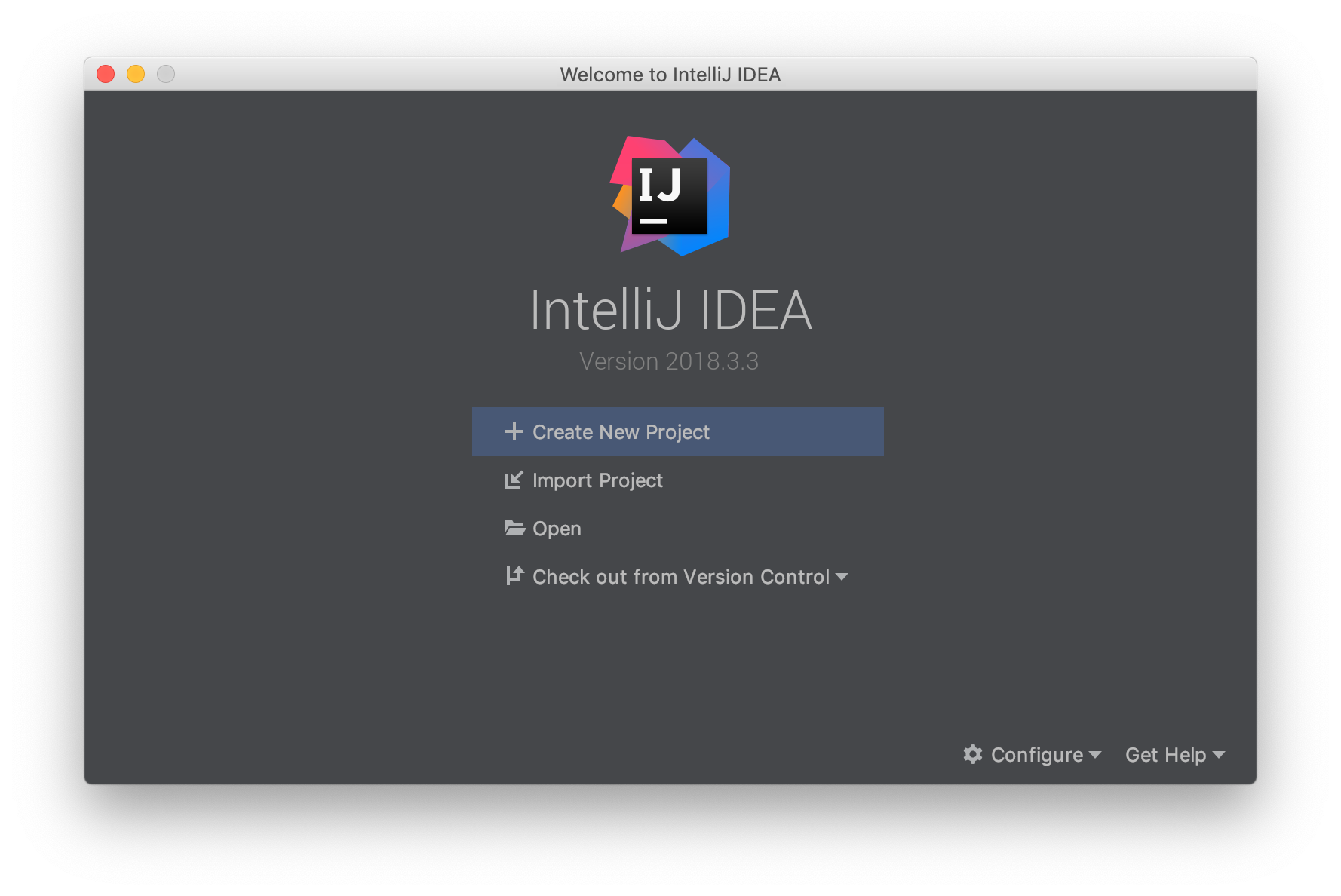 For the time being, select Java and Next. The next screen is also Next without any particular tweaking. On the next screen, select the project name and directory of your choice and Finish.

How to read the screen 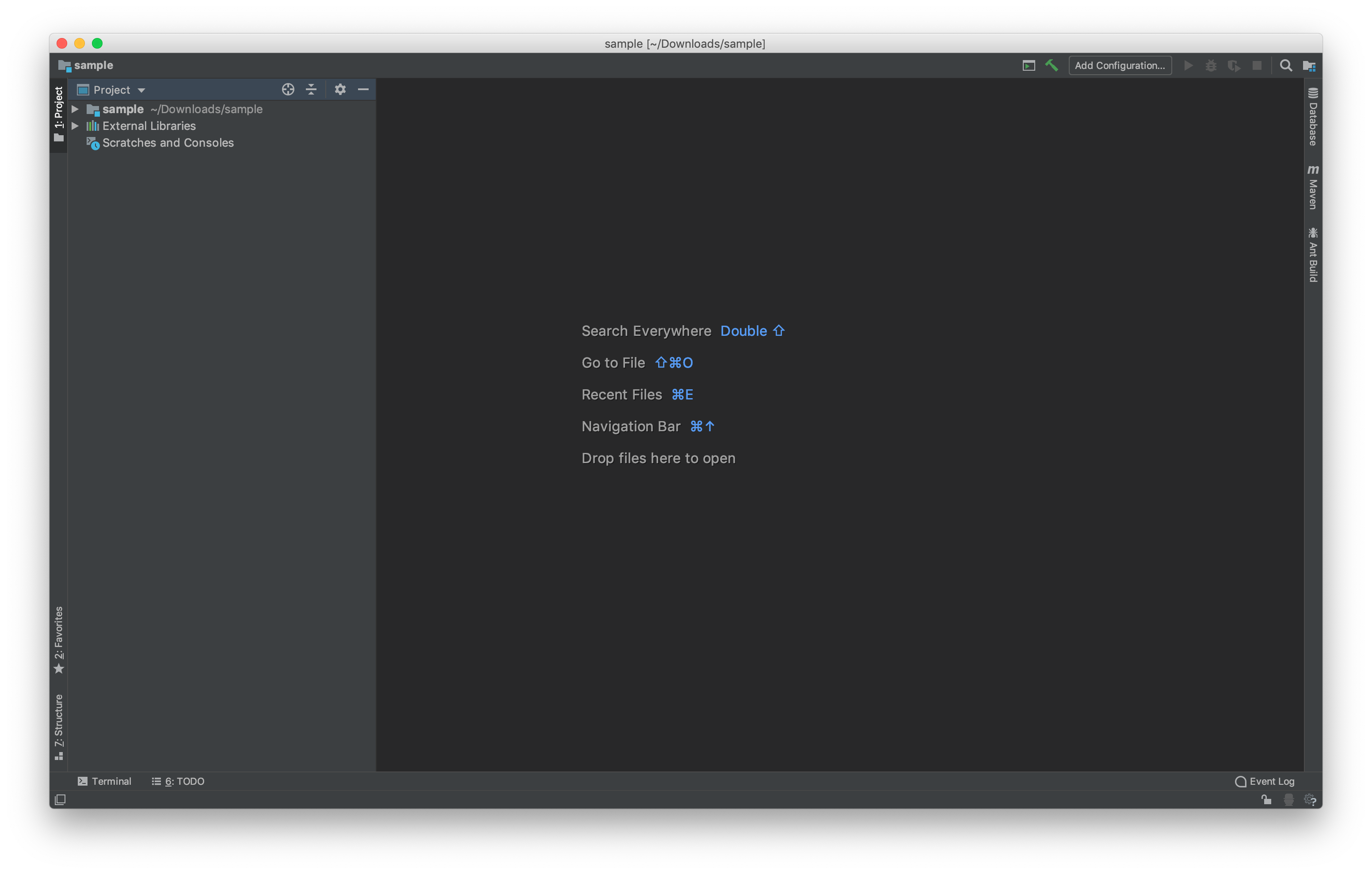 You can see the file tree in the Project tab in the upper left. Here, create class files and directories.

Let's try creating a Java class file. You can create a class file by right-clicking on the src directory under the project directory and selecting New> Java Class. 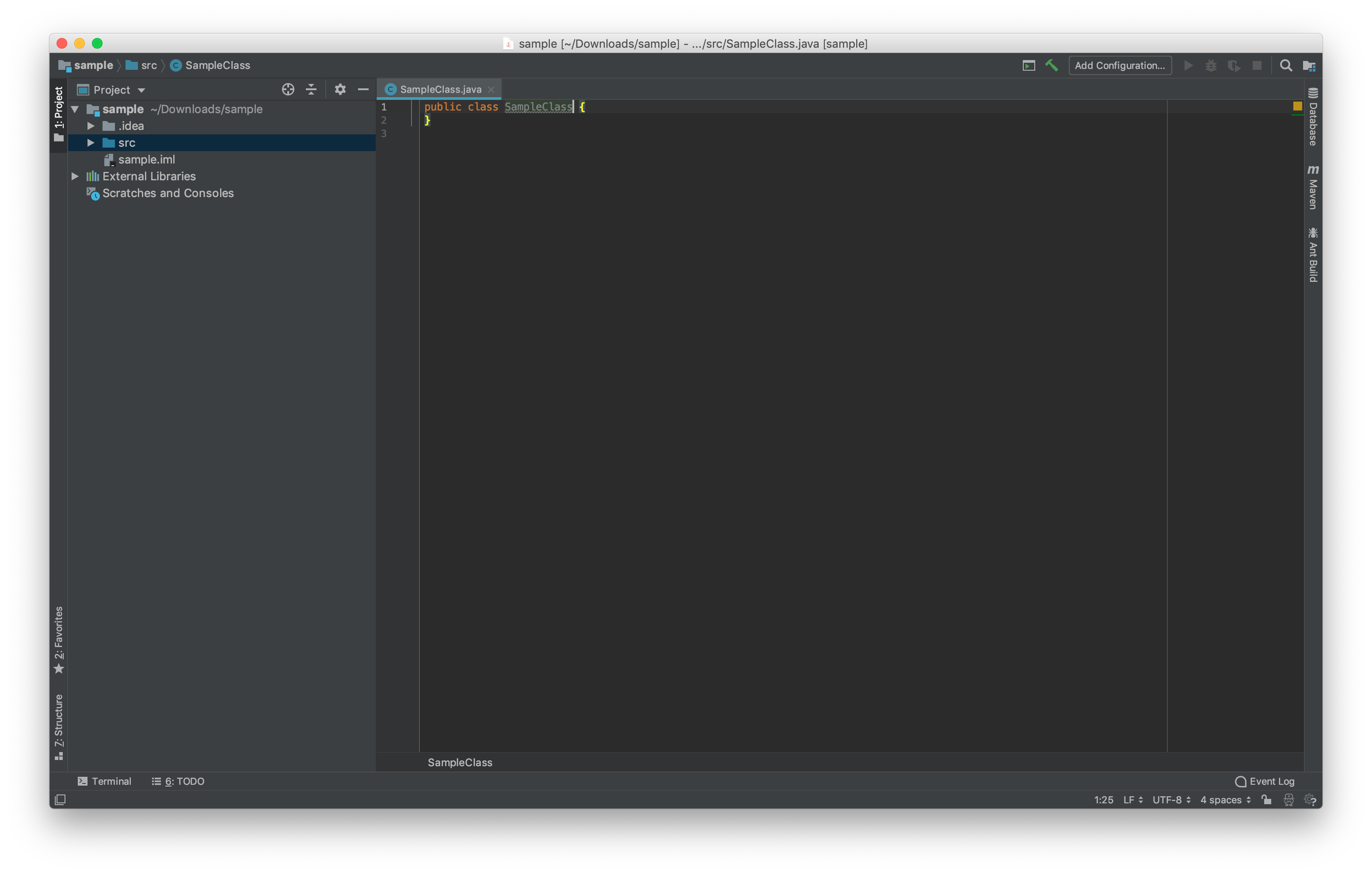 When you create a class file, an editor will appear on the right. I will write a program here.

Right? Is it convenient? In addition to the constructor, you can also generate override methods and getters / setters.

You can jump to the method pointed to by the cursor. Hold down the Ctrl key on Windows / Linux and the ⌘ key on Mac and click the method name or class name you want to jump to.

If you're wondering what this guy is doing ...?, You can easily go see it with this.

With Shift + F6, you can change variable names, method names, class names, etc., including all dependencies.

You can fix embarrassing Typo right away.

You can add a breakpoint by clicking just next to the line number. If you debug with this, you can stop the operation at that line and see the value of the variable in that state.

Right-click and select Debug to debug.

I wonder if it will be useful when I am suffering from an incomprehensible error. Step execution can also be done with NetBeans.

When using Git etc., you can do it from VCS in the stripe menu.

To execute it, right-click the file with the main () method in the editor and select Run to build and execute it.

By mastering IntelliJ IDEA, you can program faster, more accurately, and more comfortably. Please use it by all means.