I wrote a few ImageJ plugins a decade ago, and at that time it was relatively simple. ImageJ only worked with Java or ImageJ Macro language. But ImageJ is like a hybrid of ImageJ1 and ImageJ2, which are completely different internally, and it accepts scripting in BeanShell, Groovy, ImageJ Macro, JavaScript, Lisp (Clojure), MATLAB, Python, R, Ruby, and Scala, half of which I've never heard of.

With that, the way to write and execute the simplest ImageJ Plugin in Java was kind of lost, at least to me. It certainly doesn't exist in the Scripting page.Maybethis is the page, but it's rather difficult to reach and doesn't seem to give you the simplest code example.

I've written an article about "Hello world" for ImageJ with Eclipse", but this is way too complicated for a beginner and me.

So, here I show you how to write the simplest "Hello World" ImageJ Plugin.

1. File > New > Script... will open a new script document in the Script Editor. 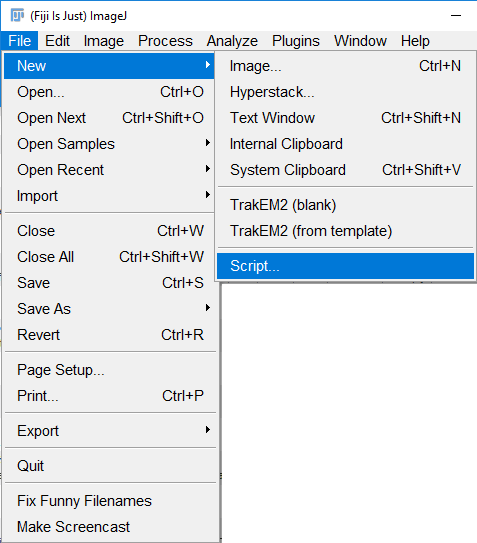 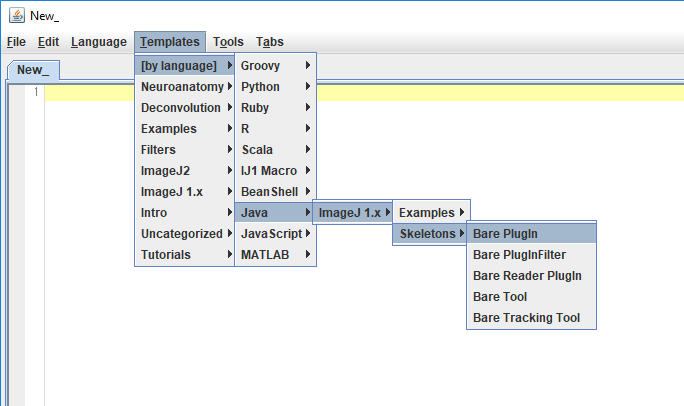 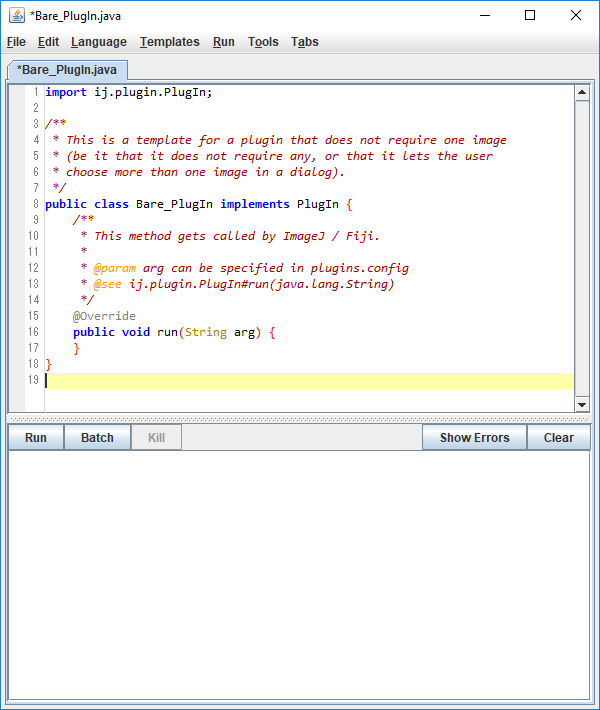 4. Copy and paste the following code to the file. 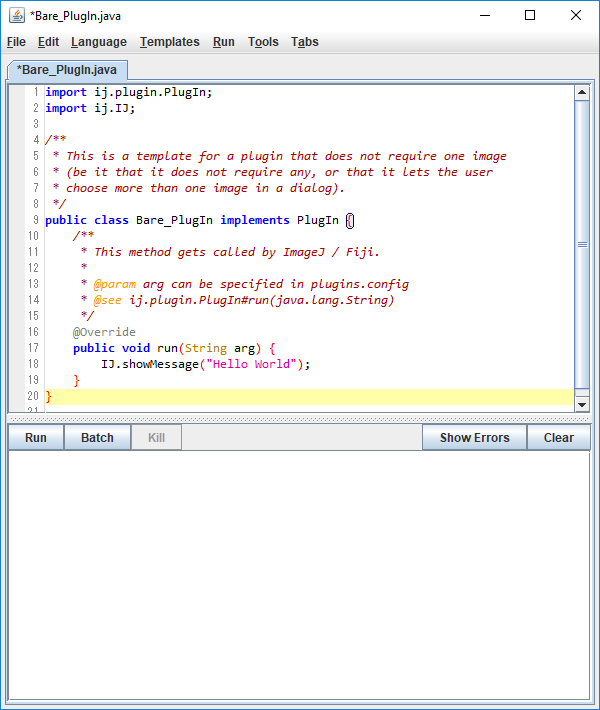 6. Save the Bare_Plugin.java to anywhere in your computer by File > Save. 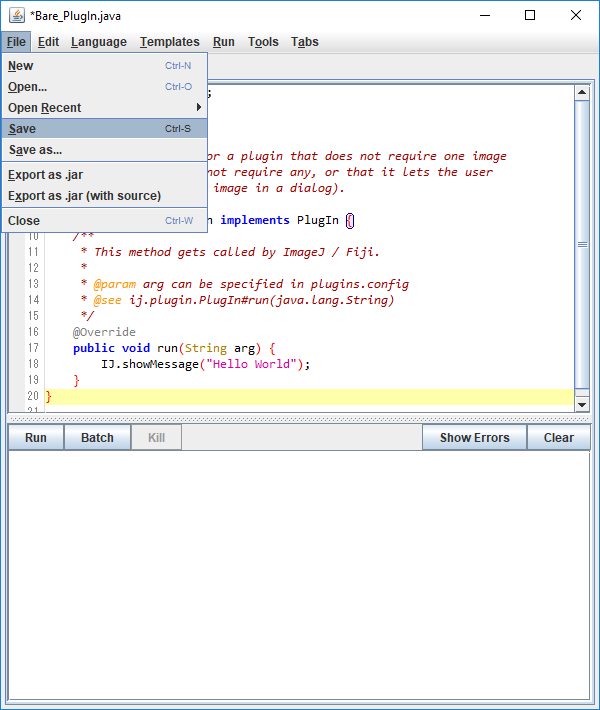 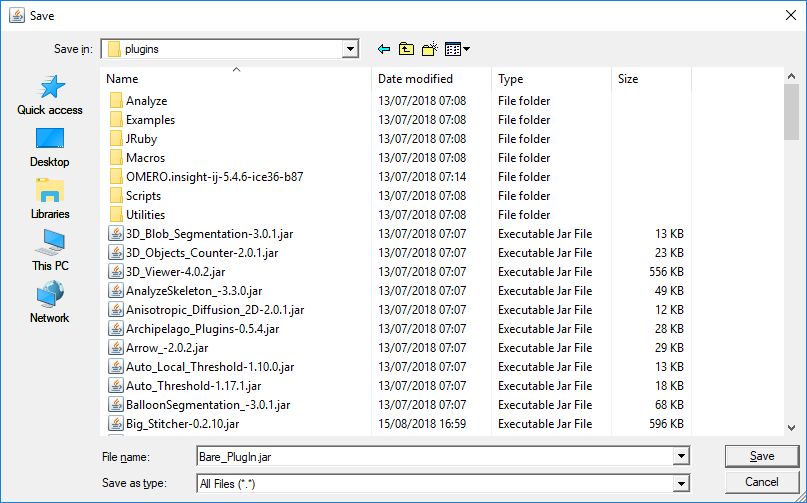 8. There will be a Java error, but just ignore it. 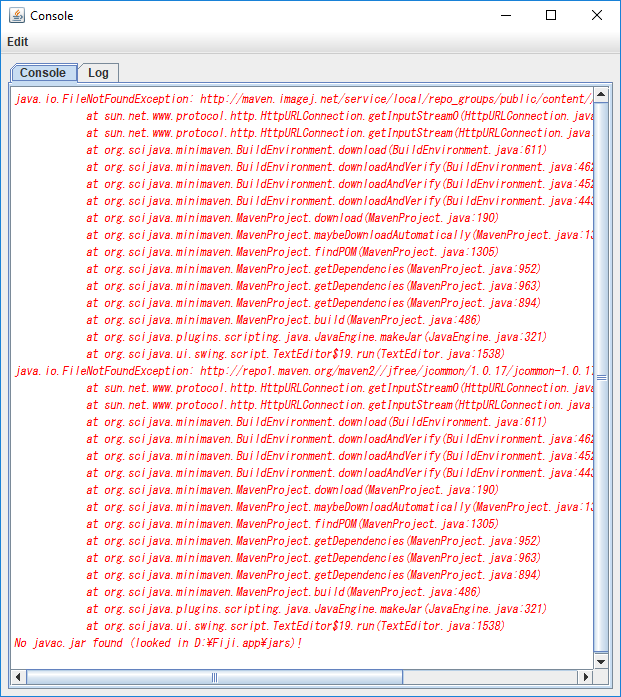 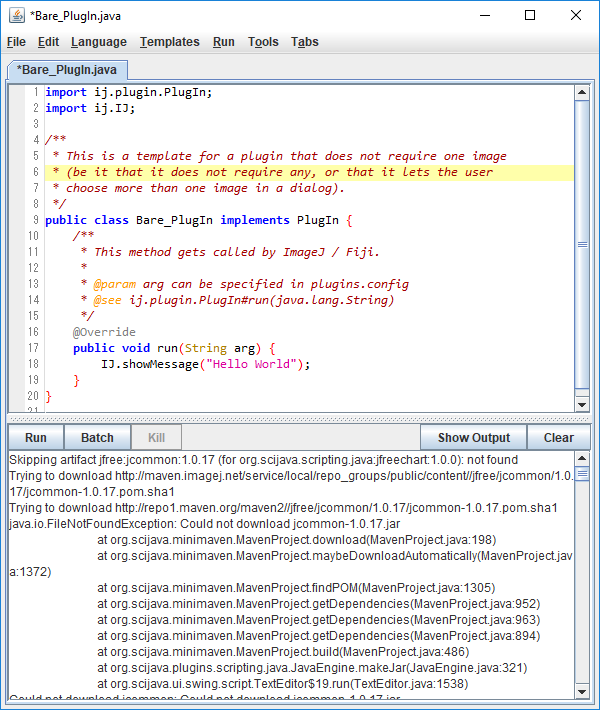 9. Now you can find the Bare_plugin.jar file in the plugins folder. 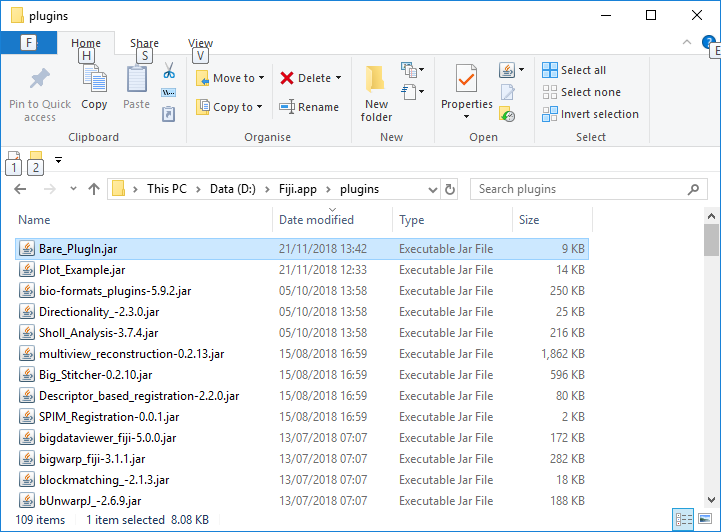 12. There you go! You can see the Hello World message showing up.